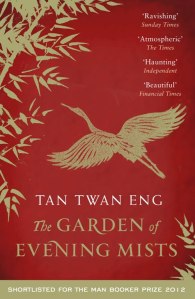 Records estimate somewhere between 3 and 10 million people of various nationalities lost their lives in Japanese prisoner of war camps between 1937 and the end of the Second World War. If you thought the Nazi’s had the market cornered in the mistreatment of POWS, then you were wrong.  The Japanese were equally brutal, if not far more depraved. They  worked their charges literally to death, by getting their prisoners to work in mines, fields, shipyards and factories on a diet of about 600 calories a day and in extreme heat as well as  mosquito and disease ridden conditions.

The worst conditions were those experienced by POW’s forced to build the Burma-Thailand railway. Prisoners of war and Asian labourers worked side by side to build the 260 mile railroad by hand. They were expected to work from dawn to dusk, moving earth, building bridges, blasting through mountains and laying track.

With the 70th anniversary of D-Day having just past, the 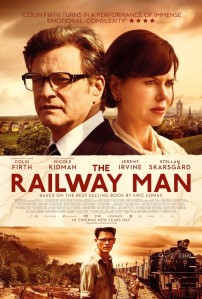 experiences of those prisoners have all but been over shadowed and forgotten, except for maybe re runs of the 1980’s BBC Drama Tenko and last years Critically acclaimed movie The Railwayman starring Colin Firth and Nicole Kidman, and books like this months book group read The Garden of the Evening Mists by Tan Twan Eng.

The book tells the story of a Yung Ling a retired Malaysian judge who is a survivor of the Japanese POW camps.On her retirement she seeks solace in the Malayan foot hills where she plans to build a memorial Japanese garden to her sister who didn’t survive the camps. She needs some help and is pointed in the direction of the Garden of the Evening Mists and its creator Arimoto, once the gardener for the Emperor of Japan and a man who possess extraordinary horticultural skill. She accepts his offer to take up an apprenticeship under him, thus beginning a journey that bring her past and present together.

This is Penang born Twan Eng’s second book, his first was The Gift of Rain and was published 2007, it was long listed for the Man Booker Prize. The Garden Of Evening Mists published in 2012 was shortlisted for the 2012 Man Booker prize  and won the Man Asian Literary Prize 2012 as well as the 2013 Walter Scott Prize for historical fiction. He worked as a solicitor in a Kuala Lumpur law firm before becoming a full time writer; he’s a martial arts expert who divides his time between Cape Town and Kuala Lumpur.

Everybody has a minimum page rule, after which if the story hasn’t grabbed you by then, it’s time to put the book down because life’s too short. For me it’s fifty to one hundred. I gave this book one hundred and ten pages, and with only three hundred fifty in the whole book that’s very generous. Take into account the fact I had two three hour windows when I had nothing else to do but read it owing to travelling on a ferry back and forth across the Irish Sea. This book still failed to hook me and that’s alright because nobody’s going to like every book they read.

The other members of the book group all agreed that the first third of the book is slow but after that it warms up and delivers a nice story. But for me I had better things to do, like watch seagulls, other ferries and white horses or enjoy a complimentary massage, yes they actually have that on certain ferry crossings on the Irish Sea.

My partner said I shouldn’t post a review because I didn’t finish the book, but I recently read a restaurant review by Tom Doorley of the Irish Daily Mail where he went to one restaurant in Dublin and left after waiting forty minutes to be served and only getting water and bread. He still wrote his review, hence why I have one here.

I’m not saying you shouldn’t try this book, but if you do. You have been warned, the start needs a lot of patience. Rather like the Heron on the front cover. Better still, get your hands on  a copy of The Railwayman.