Pickpockets are active in almost any area where large crowds gather. Tourist hot spots are regularly dotted with signs advising visitors to be aware of them. But some are so deft at their trade, that it can be sometime before you are aware that you have been targeted. Then when it happens, it feels like a violation, and that’s because it is. Some uncaring stranger now has your cash, phone, ID, and credit cards. The shock and loss of these personal and valuable items can at times be akin to a mini bereavement.

There is loss and grief connected with this month’s second book review. While writing this book the author suffered the tragic and devastating death of his partner, but with the help of his fantastic editorial team, publisher and agent,  got his partly completed, book finished and published. The team at The Library Door sends condolences.

The catalyst for the story of this thriller is a pickpocket hitting the wrong mark. The book is Written In Blood by Chris Carter and published by Simon and Schuster (www.simonandschuster.com) in July.Angela Wood is an adroit young pickpocket working the streets of LA on the run up to Christmas. After a successful afternoon in a local shopping precinct, she ducks into a cocktail bar to change her appearance and have a well-earned drink. There she witnesses another customer being very un-festive to an elderly gentleman. As payback, she takes the man’s bag when his attention is distracted. On opening the duffel bag at home later, she discovers all that’s in it is a diary of sorts, but the entries and the pictures within it are more than just the scribbling’s of an angst ridden teenager. This forces her to drop this hot potato in the letter box of a previous victim of hers.  When the diary lands on the desk of LAPD detective Robert Hunter, he knows immediately that there is a sadistic serial killer on the loose. When the bodies of victims in the diary start turning up,  his and Angela’s paths cross. They soon realise that the killer now has them both and anyone connected with the case firmly in his sights. Soon the mysterious killer snatches Angela in a bloody raid on a safe house and now Robert and his team are in a race to discover the identity of the killer, and save Angela and other victims, whilst playing a sick game at the behest of the killer.

The title of the book may be Written In Blood, but I’m almost writing this review sweating blood too, as I try to get over the frantic pace of this book. I read this almost 500 page, edge of your seat thriller in less than seventy-two hours. My first session was a 150 page marathon and I was hard pushed to put it down. From page one, to page four hundred and eighty, Carter has the reader gripped tightly in the palm of his hand, as he terrorises LA with an all too realistic serial murderer.

This is my first Chris Carter book and after making the acquaintance of detective Robert Hunter, I’m definitely putting him and Carter on my ‘must read’ list next to Childs and Reacher. I initially thought that Carter had taken the eighties TV character of the same name and started writing a modern day series around him, but I realised some way through, that the TV character played by Fred Dryer was  Rick Hunter.

Robert Hunter’s character its self is made up of quite a few well known characters from film and TV over the past twenty years or so. I saw a bit of Mel Gibson’s Martin Rigg’s and Clint Eastwood’s Harry Callaghan in his character. Hunter, comes across as a deep-thinking individual, as well as a singleton who has had relationships in the past, but seems unable to hold on to them.

The reason for seeing some of Harry Callaghan in Robert Hunter, could come from one scenario in the book where the Killer has Hunter running all over LA from point to point, within a time limit. Which is similar to what Scorpio had Clint Eastwood’s character doing in the film “Dirty harry”.

As for the other characters, such as Hunter’s partner Garcia, they seem to be purely along for the ride, although having only read this book maybe Garcia, their boss Captain, Blake, and the other support cast are fleshed out more in previous books.

But with the serial murderer, everything about him is on point and fully fleshed out. His identity isn’t revealed until the last chapter. Up until then Carter refers to him by various monikers, while building his character up bit by bit, with enough malice to give not just Hunter cause for concern but the reader too. On top of that, he gives him a very plausible trigger for his killing. Which all in all goes to make the book a standout read and perfect for the summer staycation essential reading pile. 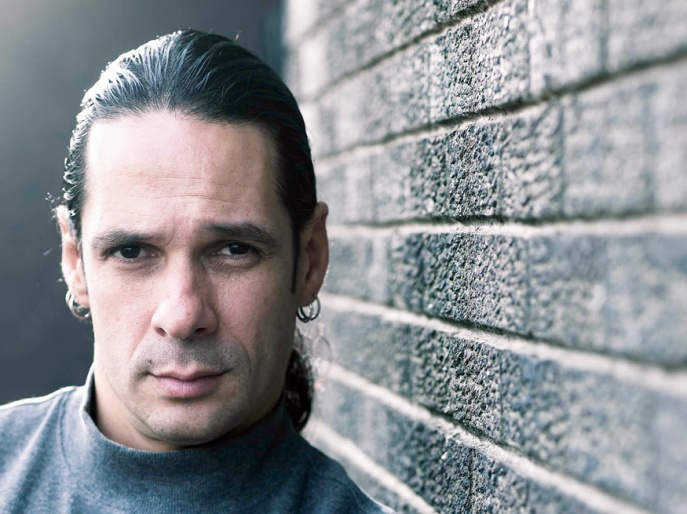 This is Brazillian born author, Chris Carters, (www.chriscarterbooks.com) eleventh book featuring Detective Robert Hunter. The others are The Crucifix Killer (2009), The Executioner (2010), The Nightstalker (2011), The Death Sculptor (2012), One By One (2013), An Evil Mind (2014), I Am Death (2015), The Caller (2017), The gallery Of The Dead (2018) and Hunting Evil (2019). Carter studied Psychology and Criminal Behaviour at the University of Michigan, before going on to work with the Michigan Attorney’s Criminal Psychology Team. In his time there, he interviewed criminals of varying types including serial and multiple homicide offenders. After that, he turned to his main hobby of music and moved to London where has supported numerous big stars playing the electric guitar. He now lives and writes in the UK.

So, if you are looking for a book that will totally rob your attention of whatever else is going on in your life and have you hungrily turning each page in a heart pounding pursuit of the answers, then pocket your wallet and pick up your bike or the dog’s leash and head down to your local bookshop. There you can snap up a copy or stay home and download it, and the previous ten instalments, of the Robert Hunter series online. Then set a date in your diary to read them over the next couple of weeks or months.

This book review is part of a Random Things Blog Tour. To see what the other Authors thought, visit their blogs listed below. Then if you get a copy, comeback and tell what you thought, we’d really appreciate the feedback.

We’ve all dreamt of an escape from our everyday lives, to live somewhere that we would usually holiday in and enjoy that holiday feeling permanently. The reliable sunny weather, the sea, the cheap cost of living and maybe the chance to reinvent yourself or to become ‘someone’ in a place no one knows you. Every year, many Brits and Irish retirees move to Spain and Portugal, to enjoy perpetual summers and a relaxed style of living. Fair play to them. I’ve had that daydream myself. The realistic among us, know, however, that its very hard to become a new person. Most of the time our history, personality traits and issues would catch up with us.

This month’s first book review has a subtitle of ‘it can be dangerous out in the sun’. This may be especially true due to Covid 19 being still highly prevalent. Prior to the pandemic my main concerns would’ve been limited to sunburn and sunstroke, but this book has Spain’s Costa Del Crime as a much scarier scenario. Its Thirty One Bones by Morgan Cry and published by Polygon (www.polygonbooks.co.uk) in June this year.

Daniella Coulson travels to Spain following the death of her mother Effie. Mother and daughter have become estranged and Daniella is surprised to discover her mother has  been a well-respected member of a small ex-pat community of misfits who frequent her mother’s bar. There were many secrets in Effie’s life, however. She and her friends had been plotting a multi-million-pound property scam before her death and now the money is missing. The ex-pats all have their own, sometime desperate need for their share of the cash. There’s also a local detective, who is investigating Effie’s death and a local enforcer who has heard about the missing cash. Danielle must race against time to find the cash and avoid having thirty-one bones in her body broken.

This is a real roller-coaster of a story. Danielle is a stranger to the location and to her mother’s life. She arrives in Spain, planning to quickly resolve her mother’s affairs, sell up and move on. The ensuing drama gives Danielle an insight into her mother’s life and her own strengths and weaknesses.

The cast of ex-pats are sometimes likeable, sometimes sad, sometimes funny but all initially at least, hostile to Danielle. The plot is farcical with crosses, double-crosses, chases and secrets. There’s also a romance and a lot of dark humour. You can almost taste the desperation and feel the heat.

Effie seems to have been a wily lady. Is Danielle a chip off the old block? She’s a sympathetic character. The story is told mainly in the first person, but interspersed there are chapters with interviews, held by the detective, of each of the participants in the drama. These actually became some of my favourite sections. I loved the descriptions of the heat, the town and the buildings too but the characters were the best thing in the book, funny, scary and with a deft touch of pathos to make you like them despite everything.

This is Scottish author Gordon Brown (www.gordonjbrown.com)eith eighth book, the others include three in the Craig McIntyre series – Darkest Thoughts(2017), Furthest Reaches (2017), Deepest Wounds (2018). Two in the Charlie Wiggs series – Falling(2009) and Falling Too (2017). Thirty One Bones is his first writing under the pen name of Morgan Cry. Born in Glasgow, he’s lived in London as well as Toronto before returning home. His most significant day job was a marketing strategy specialist, before going on to help found Scotland’s international crime writing festival, Bloody Scotland. He’s been a DJ on a local radio station, sold non-alcoholic beer in the middle east and floated a tech company on the London Stock exchange. While he’s also had the pleasure of being booed by 49,000 fans at a major football cup final. That’s one way of trying to make friends.

For those who won’t brave the Costas this summer, instead opting for a staycation, this book is a great vehicle for helping you to imagine what might have been. Or it could make great sun-lounger reading whilst you risk the worldwide contagion. Do I recommend it? Yes, and that at least, is not complicated….

This book is part of a Random Things Blog Tour. To see what the other reviewers thought, visit their blogs listed below. Then if you get a copy comeback and tell us what you thought, we’d love the feedback.