It is believed in the west that gold, cocaine  and platinum are some of the most expensive commodities on the planet but actually in Asia there is something even more expensive than all three of them; ground down rhino horn. The current market price is estimated at $60,000 per kilogram. As for the number of Rhinos poached, 1,175 was the number in South Africa in 2016 according to Al Jazeera. Poaching in South Africa has increased by 8000% between 2007 and 2017. Its not only the rhinos who suffer. In 2014 there were 56 ranger deaths reported worldwide as a result of being killed by poachers. Of that number 27 were in South Africa and it is estimated that the actual number of rangers killed there is three or four times that. The trade in rhino horn is the subject for this months second book review. Its ‘Dead Of Night‘, by Michael Stanley and was published in June 2018 by Orenda books (www.Orendabooks.co.uk)

Dead of Night is  the story of Crystal (Chrys) Nguyen, a Vietnamese-American journalist searching for the truth behind the disappearance of her friend and potential love interest ,Michael, who  has disappeared while researching a story for the National Geographic on the poachers and their South African and Vietnamese contacts. Despite constant warnings that ‘these are very dangerous people’, she decides to travel to South Africa to write up the unfinished article and, hopefully, to find and save Michael.

Her first port of call is a rhino farm, Chrys’s host is a crotchety old white rancher who has put his fortune into developing a rhino reserve and organizing anti-poaching posses. He believes that the horn which he has stockpiled from ‘shaving’ the animals in his reserve should be sold legally to flood the market and reduce prices, incidentally making a fortune which would save his finances. While at the farm ,Chrys witnesses the torture and killing of poachers and she begins to wonder if they have been killed to deter poaching or to cover up another secret. Her journey to find Michael takes her from South Africa to Vietnam and into direct confrontation with the police, governments, NGO’s (Non-Governmental Organisation) and the poachers.

This is a fast-paced action story with a strong plot, believable characters and lots of enjoyable twists and turns.

The book is timely, as we become more aware that humans are driving so many species

to extinction. The WWF Living Planet Report published in October claims the animal population on the planet has declined by 60% between 1970 and 2014 . Along with the assertion by some people that our impact over the last few generations may be compared to the four great extinction events in global history, the last of  which famously wiped out the dinosaurs.

Our heroine Chrys is a traditional female super-hero of a type that is rare nowadays, in an all-male world of gangsters, police and shades in between. I have become tired of the endless stream of seriously mixed up, and usually alcoholic, detectives in modern crime thrillers across all media, so Chrys is refreshingly straightforward. She has a back story of course, and her own hang-ups, but she never descends into despair or criminality. I also like the fact that she is a journalist, not a detective. She can shoot if she needs to, but it does not come naturally to her.

The rest of the characters, all men, are predominantly white, as well as satisfyingly ambiguous and we are not sure until the end who has compromised themselves in this murky world, or why they did so.

The descriptions of the killing of Rhinos for their horn are horrific.  Sometimes, however, I feel that the narrator is less worried about the killing of innocent people in the crossfire between gangs and police. 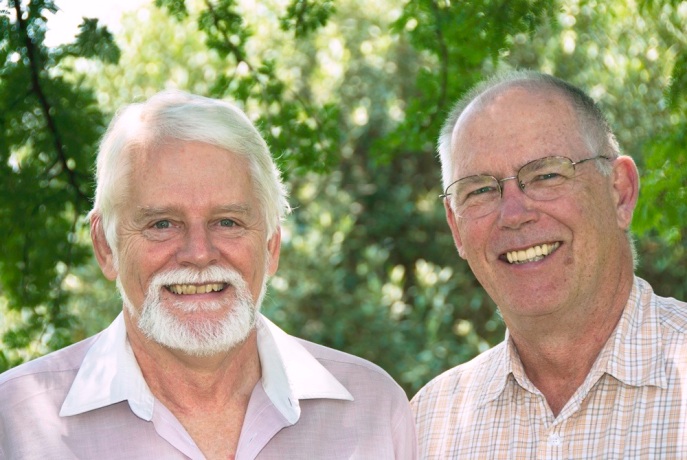 This the seventh book by Michael Stanley who is in fact a two-man team, of Michael Sears and Stanley Trollip (www.detectivekubu.com). This is the first book not to feature their rotund Botswana Police detective David “Kubu” Bengu,  A couple of which have been very well received on this blog previously, although I have not read any of them myself.

If I have a quibble, it is about the settings. On their website, the authors mention having spent time in other African countries but do not mention South Africa or, for that matter, Vietnam. These are the main export and import countries for illegal rhino horn, but the authors have made little attempt to add local colour or context. The game estate and the police in South Africa come across more like Kenya or even Zambia, without South Africa’s complex layers of former Bantustans, conflicting political groups or urbanization. South African is also useful to the plot because of the widespread use of English and the occasional conversations in Afrikaans to add mystery at some points.  Similarly, Vietnam comes across more like corrupt corners of Indonesia or Philippines, without distinctively Vietnamese characteristics, though this setting does allow for the Vietnamese-American heroine to understand overheard conversations unbeknownst to the locals.

At one level this might not matter – after all this is just the setting for a thriller. However, I am always annoyed when thrillers which use Ireland as a convenient location, then get it wrong, so I imagine that South Africans and Vietnamese will feel the same about this one.

If you like thrillers, then this is a a good read, tense and well written, which I would certainly recommend downloading or picking up a copy next time you’re in a book shop.