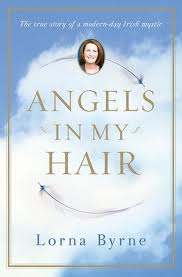 As I watched the Irish entry fall fowl of the eastern European judges in the Eurovision again recently. I was reminded of the ABBA song “I Have a Dream” (didn’t we all, the return of the glory days), one of the recurring lines in it states “I believe in Angels..”.  Well, do you? Lorna Byrne does, so much so she’s written a book about them.

“Angels In My Hair” is the Dubliners first book. According to the blurb on the back Lorna is a modern day Irish mystic, who’s called upon by theologians and religious leaders of the world for advice on what the angels tell her. Well if she is I’ve never heard of her and she’s never been in the news either. Back to the previous question, yes I believe. So it’s a little hard for me to write a bad review about this book, because I’ll be worried that the angels will bestow bad luck on me.

So after saying a few Hail Mary’s here goes. The book’s basically a biography, in which she describes in rather laborious detail the hard up bringing she received as well as the constant put downs by people including her own family who thought she was retarded, but this was only because she took herself off to talk to the Angels, including such angelic luminaries as Michael and Elijah; now I thought he was a prophet. Supposedly archangel Michael regularly appears in human form to her and the Angel of death is a common misheld conception, who works to save our lives rather then take them. Also the angels Lorna sees do have wings, and I thought that was just an artist’s impression.

According to the author there are hundreds of angels everywhere 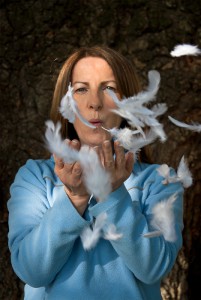 and if we could all see them, we’d discover that the place is seemingly over run with them. Everyone has a guardian angel or two around them and they are forever whispering into our ears. The angels say the voice in our heads is them speaking to us. Right.

Nowhere in the book does she talk about her appointments with the afore mentioned religious leaders, there are recollections of sick children she helped and a worried medical student, plus her being shown at an early age, a vision of the man she would grow up and marry and being regularly reminded that he would die a young man. The only famous person on or in the book comes by a testimonial on the front cover by one William RoacheMBE – aka Ken Barlow. So that should sell a few extra copies then, that’s if  you haven’t already listened your guardian angel. 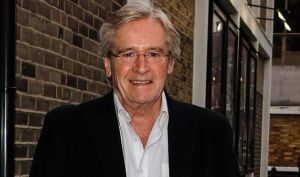 I found the book concentrated too much on her and not enough on how her unique powers helped others or the authorities. Is this a sand between your toes or poolside read? Maybe but it’ll depend on your beliefs, if you’re religious yes if not then you may just find yourself chucking it away in disbelief.