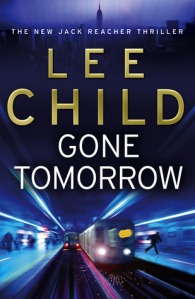 There’s something we all do on a regular basis, sometimes subconsciously, sometimes deliberately. What? We’ve people watched; you don’t need a specific place. You can watch passers-by from a coffee shop or office window, in a car at traffic lights – by staring at the person in the car behind in the rear-view mirror. You sit there wondering where they’re from or going to, whether they’re singing to themselves or talking to someone on a hands-free. Okay so if you can lip read you know what they’re saying, game over. But for most it’s a fun if slightly voyeuristic game of wondering what their job is or are they married, single, etc.

In the opening chapter of Lee Child’s latest book “Gone Tomorrow”, his hero Jack Reacher is playing the same game. It’s two in the morning on a subway train beneath New York. He’s not doing it to pass the time though; he’s mentally running down a twelve-point list (eleven for women) devised by the Israeli’s, to spot suicide bombers. Of the five others in the carriage one woman is meeting ten of the criteria. So, Reacher being an ex-military police officer has a dilemma. Does he approach her? What if he’s wrong, what if it’s fatigue clouding his judgement? He follows his gut and confronts her, but it goes badly and she pulls a gun and shoots herself.

After that, what seems like a late night suicide on a subway train has the interest of the Fed’s and a mysterious group of well-dressed heavies with fake business cards and a Senator with a military background, Reacher can’t walk away. Especially as he believes he’s responsible for the woman’s suicide. It all leads to a thrilling up to date story with a dramatic climax. 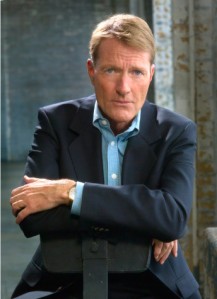 This is Child’s eleventh novel featuring his light travelling, drifter Jack Reacher. He lives off his army pension and carries just his fold up toothbrush, ATM card and an expired passport as well as the clothes he stands up in. I know a few Celtic Tiger Cubs who now lead the same lifestyle. But unlike Jack who also doesn’t own a mobile and just barely knows how to use one, they dream of the days when they won’t have to take public transport.

This is a rock solid thriller that should have a warning on it like I saw on a t-shirt a while ago, it said in large bold lettering “Bomb Squad, if you see me running towards you, keep up!!!”

Lee Child’s last offering; “Nothing To Lose“, was below par mainly due to a lame plot. In this he’s delivered a tour de force that will again weld him to the top of the bestseller lists far beyond tomorrow.

(Previously published on http://www.murphysview.blogspot.com in 2009)