If you were asked in a quiz or by a friend who Katniss Everdeen was, would you know the answer? I’m in my early forties and up to three weeks ago I wouldn’t have known. So don’t feel bad for not knowing, but if you were between the ages of fifteen and twenty one, you’d probably know who I was talking about. Well no matter what age group you are in, if you haven’t heard of Katniss by now, this time next year you will certainly know who she is.

Katniss Everdeen is the teen age heroine of The Hunger Games trilogy, by Suzanne Collins. Originally a teen read it’s now taken on a Harry Potter inter-generational following, so much so that when I started reading it I was surprised by the number of adults who were or already had read it. I was presented with The Hunger Games, the first book in the trilogy four weeks ago at my book group, nothing much was said about it by the person recommending it, so off we went to get it. That’s where our first obstacle arose, we couldn’t find it, well not where we thought it might be, only after other members of the book group enquired with staff in various book shops around Dublin, were they shown to the children’s section!!!!.

The Hunger Games Trilogy is Suzanne Collins first novels and comprise of The Hunger Games, Catching Fire and Mockingjay. The second obstacle for some of the group was that all the covers look alike and have Hunger Games writ large on the front cover with the title written in smaller print elsewhere on the cover. This led to two members reading the second instalment before the first and then stating there needed to be a prequel to the story, until they later realized they were out of sync. 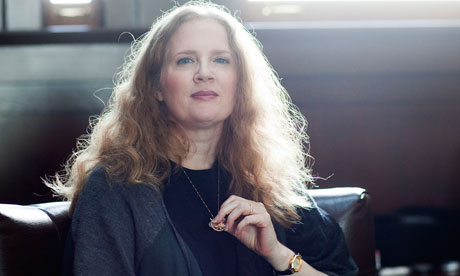 The books tell the story of Katniss Everdeen a sixteen year old living a hundred years in the future in Panem, America after a civil war, which has been divided into 13 districts ruled by the capitol a large affluent city in the Rockies. Every year to celebrate the defeat of the rebels in the civil war and to keep the districts from rising up again the Capitol holds The Hunger Games, a gladiatorial cross between Big Brother, Survivor and Running man. Where two children from each district, between the ages of eight and eighteen are selected by a lottery, called the reaping to partake in The Hunger Games, where there is only one winner. All this for pleasure of the viewing public.

In book one The Hunger Games, Katniss’s eight year old sister Prim is selected in her first Reaping, Katniss volunteers to take her place alongside Peeta the Son of a baker from the same area District twelve. Life in the Capitol is a far cry from the hand to mouth existence herself and her family lead in district twelve. But nothing will ever prepare her for the fight for survival she faces in the arena. Where Katniss and her fellow competitors are at the mercy of the gamemakers, the warped and twisted body which devises and administers the games.

The first book flings you head on into a tensely plotted story, where you really start to feel for Katniss and her story, that kept me so en-rapt that I finished it in forty eight hours, the second book, keeps up the pace, while the third and final book really starts to go off the boil and lose steam, albeit for an incident out of left field near the end. Apart from that the first two books are excellent reads, the only thing to give it away as a teenager targeted book is the big writing, although the major flaw with this whole trilogy is the lack of back story. No where does it explain where the different districts are or how America came to be Panem , maybe because it’s aimed a younger audience they are not as inquisitive as this forty something.

As for how you’ll know Katniss, Peeta, Gale, Haymitch and President Snow next year, is that it’s been made into a movie with

the first instalment out in March, Jennifer Lawrence will play Katniss while Woody Harrelson her drunken mentor Haymitch and the evil President Snow by Donald Sutherland.

So if you’re looking for a Christmas present for a teenager or an adult trying to hark back to their youth, this is definitely on the top Christmas reads this year, it’s an ideal time to get into the books just as the movie promotional machine starts to crank up for the March release date.