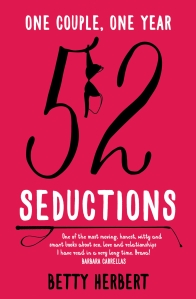 Bette Midler once asked “If sex is such a natural phenomenon, how come there so many books on how to?” Sex and literature have always gone well together, whether it’s harking back to Lady Chatterley’s lover, Mills and Boon, Jilly Cooper in the eighties or onto the nineties when Candice Bushnell was throwing open the doors to the taboo laden closet with her column and books. But just when we thought we’d hit the bottom and got immune to the numerous repeats of Carrie or more appropriately Samantha’s bedroom gymnastics, along comes the likes of EL James and Betty Herbert.

This year in March it was my turn to present a book to my book group. I was trying to repeat my success of last year when I put forward Emma Donoghue’s The Room. Over Christmas I stumbled on Betty Herbert’s The 52 Seductions, thinking this would be a rather jovial thing to present to the literary gathering, and a way of pushing the boundaries of the group.

The 52 Seductions is  a book by Betty Herbert  a blogger who writes an online sexual advice column www.bettyherbert.com. It describes herself and her husband’s (supposedly, I think it’s a work of fiction) attempts to re-invigorate their sex life by having sex every week of a year, fair play to them. Most of us are happy if it happens twice to three times a month and would think we’d died and gone to heaven if it happened every week. But the pressures of daily life, stress and fatigue etc all take their toll preventing us from achieving anywhere close to this.

The first thing that hits you about the book is that to protect her husbands identity she calls him Herbert, so his name comes out as Herbert Herbert. So either his parents weren’t very bright.  Or Betty and her editor aren’t very inventive and couldn’t have come up with something more original then that. As most fiction writers will tell you and prove to you, creating a believable but fictitious name is easy enough. 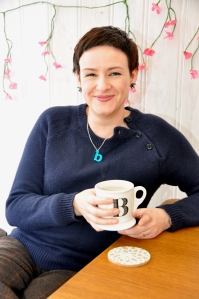 The book starts off very well and for the first couple of months or chapters, because that’s how they’re set out. It’s entertaining and educational (I’m not that innocent, but I didn’t know what the Reverse Cow Girl was until then). It also caused amusement and embarrassment to some of my book group colleagues, when they found it in the self-help section or had to go asking for it.

But just as Betty and Herbert find it hard to keep to the schedule, so does the book. Okay, so there are a couple of subplots centering  on them wanting to have a baby and Betty’s gynecological problems, but apart from that what starts out as and looks promising,  gets rather tired and laborious at the end. This was an opinion that most members of book group who read it expressed.

As for how I would describe The 52 Seductions? Its all mouth and no trousers… Excuse the pun.

When the storm broke about EL James’ Fifty Shades trilogy I decided my readers and followers on twitter and other social media should be given my view of this current hot topic. 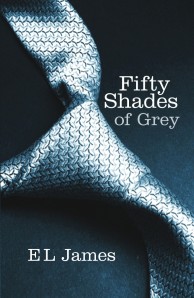 years literary must read. Ripping up records and dispatching contenders from all other genres off the top spots in all the sales charts. If you’ve been stuck in a hermitage or marooned on a desert island for the past six months the main synopsis is as follows. Ana Steele a mid twenties final year student in a Seattle university goes to interview a wealthy young dot com entrepreneur Christian Grey, for the university paper. There a spark ignites between them  and what follows is a very “little left to the imagination” trip into the dark and seedy world of bondage, dominance, sadism and masochism often referred to as BDSM. What we discover is that Christian wants to dominate Ana sexually, using an array of devices in his “Playroom”. But also Christian has a dark past hence the fifty shades.

There’s other things like her alcohol intake, she hasn’t taken the pledge, but the first time she gets really drunk is on the night she finishes her exams, on this occasion Christian rides to her rescue. Again she comes across as too pure as driven snow, so much so the Virgin Mary looks rather second fiddle to her. Also her food intake, she hardly eats and if were real would most probably be Anorexic.

But on the diet of a sparrow she and Christian go at it with the vim and vigour of two olympic athletes, who must be using some sort of steroid or having intravenous lines of a leading energy drink pumped into them. Also if he’s not using some sort of Co. Cork mass produced prescription aphrodisiac, then he’s fitter then Atlas, or has a serious health problem. I’m fit but my stamina would be rather depleted after the energy these two expel on a daily basis.

Then there’s the all but creepy aide of Grey’s called Taylor who seems to hover just out of sight. God if he  was interrogated wouldn’t it be a delightful modern take on “What the Butler Saw” or heard in this case.  Also one slightly quirky character in the book is Ana’s subconscious that takes on a very almost human form and reminds me of the Mother Nature character in a current tampon TV advert.

I didn’t finish Fifty Shades because it got rather repetitive and I couldn’t see myself reading the other two books in the trilogy, even though the big mystery is what in Grey’s past has made him such a damaged person. Also any book that has to fill a whole chapter with the complete text of a legal document is lacking in something.

If asked to describe Fifty Shades, it’s a poor cross between Pretty Woman and Nine And A Half Weeks. So the hordes of women who are burning up the lines to Amazon down-loading the electronic versions and clearing out shelves of it in book stores across the world will most probably make the movie a world wide hit when it’s released next year and Ms. James even more wealthy. My only interest now is to see how she will top this success and what she’ll write about next.

I Think Somerset Maughan said it well when he said. “there is hardly anyone whose sexual life, if it were broadcast, would not fill the world at large with surprise and horror”.