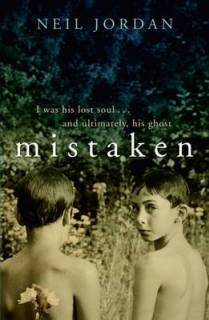 They say everyone has a double in the world. Even if it’s from behind, we’ve often heard stories of people running up to total strangers, tapping them on the shoulder and greeting them like long lost friends. Only for the stranger to turn around and leave the greeter stumped and embarrassed when they realise they’re facing a total stranger. I’ve done it myself, with some very embarrassing consequences.  This is the premise for Irish Film director Neil Jordan’s fifth book “Mistaken”.

Kevin Thunder has a look-a-like, Gerald Spain; they live on different sides of Dublin city. Kevin lives on the Northside and Gerald on the Southside.  But Kevin is forever being mistaken for Gerald, he’s thrown out of amusement arcades, accused of shoplifting and meets girls Gerald has dated and who mistake him for the Southside charmer, eventually he deliberately starts interloping into Gerald’s life. Kevin’s life is that of an only child to a near permanently absent bookmaker father and a loving mother who goes swimming daily and takes in lodgers in a house next door to where Bram Stoker lived.

Gerald grows up in an affluent family on the Southside where he goes to one of the best schools in Ireland and goes on to be a famous writer. We then through the eyes of Kevin and his recanting to Emily, Gerald’s daughter retrace their strange lives and how their paths criss-crossed over the years for good and bad.

The book was recently presented to my local book group and it is a great read, this being echoed by the majority of the group. I found it a nice easy read with a great tour round almost every part of Dublin and a few foreign places. As you would expect from an accomplished film director and scriptwriter it is well written. I found it strangely erotic in his descriptions of the central characters shared romantic involvement, more so then Fifty Shades. Also it’s a very exciting concept, innocently walking into someone else’s life pretending to be them and successfully carrying it off without even trying, it’s like a voyeurs wet dream. 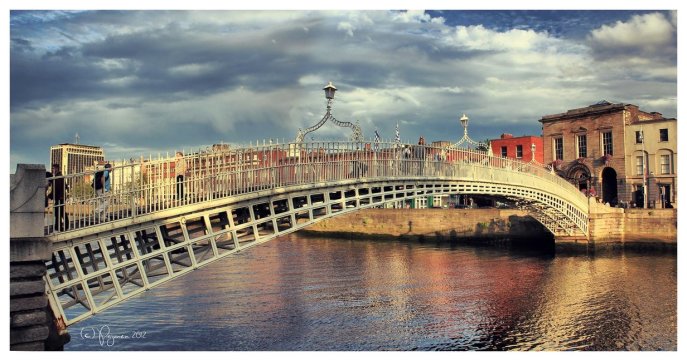 Of the two main characters, Gerald is rather washed over, and so are his family, but there is a good explanation for this. The story jumps back and forth through time and geographically when told through one main character, if we’d had it told through both characters the reader would have probably got confused very quickly and given up on the book, this is something Jordan has learned from his film work and from the basic premise of all story telling, “KISS” – keep it simple stupid.

You do start to wonder how these two can look so a like and there were thoughts of something a kin to the “Time Travellers wife” by Audrey Niffenegger or the result of weird medical experiments, when all in all it’s actually a rather mundane reason for their shared resemblances. The minor downsides to this book are some very woefully editing, which was picked by other members of the book group, including the misspelling of the name of a very well known Italian restaurant in Dublin and the re-routing of a certain bus route in south Dublin.

There are a couple of characters who should maybe have been cut from the story in the drafting process, namely Daragh a friend of Kevin’s who suffers a breakdown after getting caught up in their sordid double life and the recurring ghost of Bram Stoker which does nothing to drive the story on.

and print genres, so open this book and let your voyeuristic side out and lose yourself in the back waters and thoroughfares of  Dublin’s fair city.