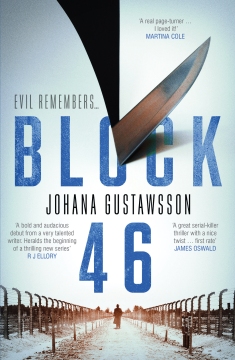 Great things come in pairs they say, hands, eyes, ears. More practical things include comfy shoes; or slippers that you yearn to slip into after work and the soft white pillows which take you to the land of nod each evening. Then there are things that you wished didn’t come in pairs, but usually have a habit of doing so, such as buses and taxis.

Great detectives usually come in pairs as well. There have been some great partnerships in crime fiction down through the years, such as The Hardy Boys, Agatha Christies Poirot and Hastings and Tommy and Tuppence as well as more recently Morse and Lewis. These have been male dominated. There have been a few female duo’s: take Rizzoli and Isles for example and  not forgetting eighties TV cop duo Cagney and Lacey. This brings us to this month’s  second book review, which sees the introduction of a brand new all-female crimefighting partnership. It’s Block 46 by Johana Gustawsson, published by Orenda Books (www.orendabooks.com) in May of this year.

When the mutilated body of a talented jewelry designer is found in a bleak snow swept marina in Sweden, her friends and family travel from London to recover the body. Among them is her close friend, French true crime writer Alexis Castells. She starts to do some digging of her own into the case. In the local police station she bumps into an old associate, Emily Roy  (a profiler for the RCMP Royal Canadian Mounted Police) who is on loan to Scotland Yard. Her reason for being in the same place at the same time? The body of a boy was found on Hampstead Heath in London with the same wounds. Is this the work of a serial killer or a weird coincidence? The two women team up and work the case hopping back and forth across the North Sea. As they do, they discover a link to a World War Two concentration camp. Can the two women get to the bottom of this mystery before the killer strikes again or before culprit turns from pursued to pursuer?
Of the two world wars, the WW2 and the Holocaust has provided writers with a vast and rich vein of material with which to blame the evil deeds of criminals on. Block 46 is no exception. What Gustawsson does is mix the bloody reality of Schindler’s list with Scandi Noir and in doing so produces a very enjoyable and original novel. 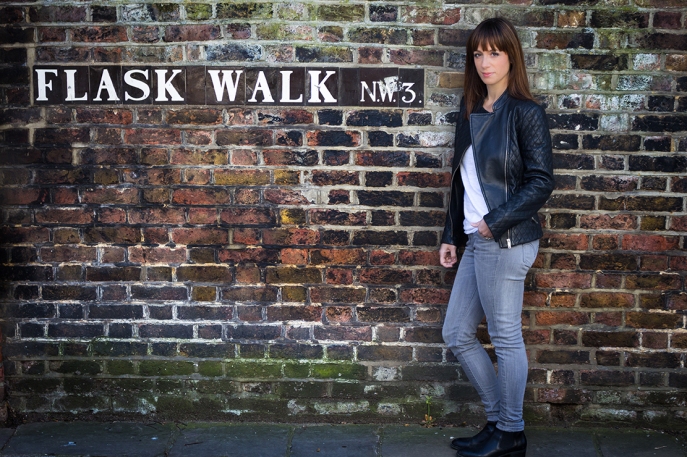 What first excited me about this book when it landed on my hall floor was the dramatic picture on the cover. The silhouette of a lone figure in hat and coat walking between two barbed wire fences, all too familiar as those of a concentration camp. But also, combined with the title, they recall images seen on the numerous grainy news reels of that period.
The two main characters are hardly strangers and have some history which is easily explained, thus allowing the story to flow seamlessly, without having to go through a long-winded and roundabout introduction which in some instances distracts from a story. They are also different in their own way, just like Holmes and Watson, Castells is the grounded one who keeps the Canadian Roy, with her unique investigative techniques and strange habits, grounded. It will be interesting to see how the two characters develop over the coming books.

I’m a little bemused as to why the author needed a translator of the book as it seems she has been living and working in the UK for many years. So, if you can walk into Sainsbury’s and buy a pint of milk or order a drink at a bar or even a meal from a menu. Why do you feel you need to have a translator rewrite your book? OK, there are a few easy explanations, she finds it easier to write in her native French or possibly that the book was originally written in French.

Another thing that did get me was the sudden wrapping up of things at the end. It seemed unrealistically quick. Suddenly one of our heroine’s is in mortal danger and next the cavalry rides in out of nowhere. It’s as if Johanna got tired near the end of the story and just decided to save them and neatly wrap it up.
This is French born Gustawsson’s second book, her first “On Se Retrouvera” which means We will meet each other again.Was adapted for French television in 2015 and watched by over 7 million viewers. She has worked previously for the French press and television, before moving to her adopted home of England with her Swedish husband. She is currently writing the second book in the Roy & Castells series.
So, if you are looking for a new twist on Scandi Noir and the creation of a new crime fighting double act with a very international flair to it, then this is right up your street. I will with wait with bated breath for the next instalment in this series. Meanwhile you can stop off at your local book shop and get it or download it.