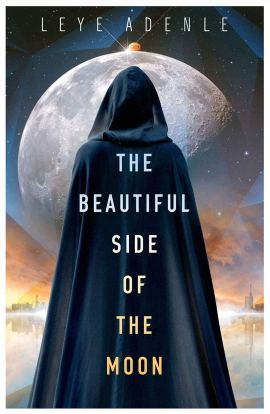 I think part of my development stopped somewhere at teenager. My husband is no longer surprised when I announce that the latest dinosaur movie, combined with a trip to an American style burger bar is my ideal birthday treat. He merely rolls his eyes when I’m enraptured by an episode of Dr Who which has dinosaurs on a spaceship. He defies attempts to introduce him to the Discworld fantasies of Terry Pratchett, where magic is real and Death speaks in capitals and rides a white horse called Binky… I was well past the target audience for Harry Potter but like many adults, I read and loved the books anyway.

Somewhat at odds with this, is a lifelong disinterest in magicians and stage show magic acts. Maybe I don’t like the knowledge its all a trick and I’m being conned or misdirected in some way. I can admire their skill and theatricality, but I think I just would prefer there to be a little bit of real magic in the world. This leads me to this month’s first book review its The Beautiful Side of the Moon by Leye Adenle and published by Hoatzin Books (www.hardingbookpublishingcompany.com)  on the 21st February.    .

Oseratin, the central character, is living a modest life as an IT guy in Lagos. One day he receives a mysterious letter informing him that he is the son of a famous magician and that a friend of his late father plans to instruct him in said magic. He thinks it is a joke but then a number of strange events start to happen. He meets the beautiful Adesua and can’t believe his luck that she seems to find him attractive. Adesua introduces to him to her Brother Moses, his father’s friend. Shortly afterwards there is a strange storm which effects the Earths electrical equipment. Soon Oseratin, is in a race against time to save the earth and the women he loves from powerful magicians, intent on dominating the human race.

Mixing magic, aliens, extra sensory perception, time travel and space travel this story is an out of this world experience. The cover blurb says the author has used age old African story telling traditions combined with science fiction and contemporary thriller writing.  I’m not familiar with African story telling but I guess there are worldwide similarities in what attract readers to a story. Elements such as mystery, some romance, a dilemma, a fight, an underdog who finds they have special powers and becomes hero, are to name but a few. All have been used to good effect by many authors and directors.

This novel, despite being a mish mash of genres still felt fresh and exciting. Sometimes, I felt  Adenle was giving a nod to other contemporary science fiction fantasy such as the Men in Black arriving to detain Oseratin , the notification of the main character’s secret lineage and potential via letter, the reliving of events to correct mistakes. These didn’t feel cliched but somehow anchored the reader to the story.

The plot was fast paced and occasionally momentarily confusing to me. I got a bit lost on the moon for example! Oseratin himself, questions events and statements in the book, to provide explanations and to make the reader consider the philosophical conundrums offered here. Who is Oseratin? Is he a part of a greater plan? Who is moving the pieces in this game?

This is the third novel by Nigerian writer Leye Adenle. His other books are Easy Motion Tourist (2016) and When Trouble Sleeps (2018). His short stories have been included in a number of anthologies including Lagos Noir and Sunshine Noir. He lives and works in London and comes from a long line of African writers and storytellers, the most famous being his great grandfather Oba Adeleye Adenle I , who was King of a south western region of Nigeria.

This is a great book for those who have enjoyed fiction such as Dr Who, The Matrix , Westworld and Inception. I read it over a couple of days. I felt initially that reading it more slowly would make it confusing, However, I will be giving it a second reading as I think it’s a book you can get a better understanding of with each re reading. Maybe I have matured after all?  LOL

This book is part of a Random Things Blog Tour. If you wanted to see what the other reviewers thought, stop by their blogs listed below and if you get a copy yourself, comeback and tell us what you thought. We all love feedback. 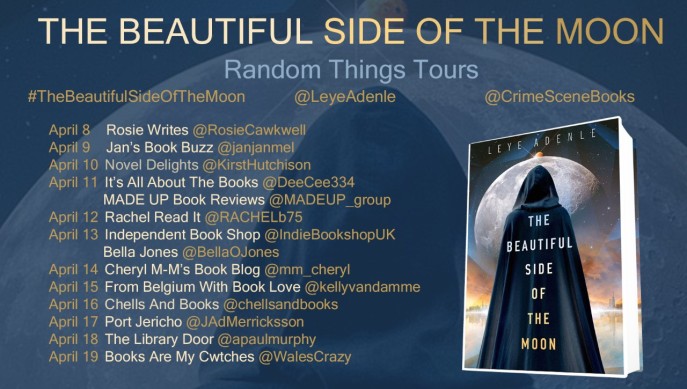