Next year marks the 60th anniversary of the death of Boris Pasternak, the author of the famous novel, Dr Zhivago published in 1957. Despite Pasternak’s avowal that it was a love story, Dr Zhivago was banned in his home country due to its anti-October revolution sentiments, this also didn’t stop David Lean making it into a hugely successful film in 1965 starring Omar Sharif.

Lara Prescott the author of this month’s second book review, has been fascinated about the story of Dr Zhivago since she learned she was named for it’s heroine by her mother. The book is The Secrets We Kept and is published by Hutchinson Books https://www.penguin.co.uk/company/publishers/cornerstone/hutchinson.html on the 3rd September.

Prescott’s book is a novel about the writing of Dr Zhivago , the sacrifices the author and his muse Olga Ivinskaya (Lara) made; and the role the CIA played in getting a banned book to be an underground success in Russia. It was while researching the history of the book, she noticed many of the heavily redacted documents she was reading had been typed by the all-female typing pool of the CIA, an organisation in its infancy at the time the novel was written.

Why was the CIA interested in the book you may wonder? The Americans thought that it 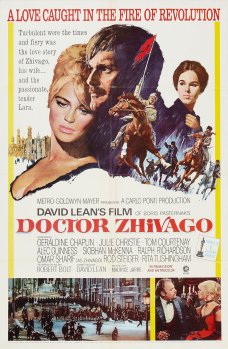 provided a way of enlightening the Russian readers to more western sympathies. The book was therefore being used as a weapon in the cold war.

This is a story of two strands. We follow Lara, Pasternak’s muse and mistress, and the inspiration for the Lara of Dr Zhivago. She suffered more than Pasternak himself for his art, spending 5 years in a ‘Re-Education Camp’; basically a labour camp, for her refusal to say that Pasternak was writing anti soviet literature and to supply details of the novel to her interrogators. Lara is loyal and she passionately believes in Pasternak as a writer but is not naïve and realizes the danger that Pasternak’s desire to get his masterpiece published and recognised is to herself and her family.

The other strand of the story takes place in America, where we meet Irina, a Russian immigrant who is employed by the CIA, ostensibly as a secretary but then, because of her Russian ancestry to be trained as a spy. She meets and falls in love with a fellow agent as she becomes involved in the CIA plot to release Dr Zhivago in the USSR.

The story is told through the eyes and voice of Lara, Irina and though the group voice of the secretarial pool at the CIA. The latter is the group that fascinated me the most. Women who had held challenging positions as undercover agents in the Second World War, relegated to typing. Whilst the story of Irina and Sally is from the imagination of Lara Prescott, the redacted files she read were typed by real women. I enjoyed the way Prescott gave the spy story a feminine twist. There are too many male dominated spy stories out there already and the important women of history have previously been frequently overlooked. This reminded me a little of Hidden Figures, the story of the women ‘computer’ at NASA who played such a vital role in the space race. Whilst I don’t like re do’s of male stories with a female twist, just to jump on a modern feminist bandwagon, this story rings true, mainly because at its heart it is true. How fascinating that the story behind the publishing of the book may grab our interest as much as the novel it is about!

This is American author Lara Prescott’s (www.laraprescott.com) first novel, she holds a Masters in Fine Arts from the Michener Centre for Writers at the University of Texas, Austin. Before getting her MFA she was an animal protection advocate and a political campaigner around the world, including trying to get the first woman prime minister of Trinidad & Tobago elected. She now lives in Texas with her family.

The characters are well written and all three main ladies elicited sympathy for their trials and tribulations. I felt the creation of the cold war America and Russia setting was very well researched. For a public who enjoy similar placed TV and film dramas, I can understand why this story has been sold to the producers of ‘The Night Manager’ and ‘La La Land’. It would have been one for David Lean too, if he were still with us. I was pleased to see that there was not a cliched happy ending. That would have been a let-down after a enjoying book that left me with lots to think about and a definite urge to revisit Dr Zhivago.

So “potoropis” down to your local book shop and get a copy or download it before the next cold war starts or winter sets in, which ever comes first.

This review is part of a Random Things Blog Tour, to see what the other reviewers thought visit their sites listed below. Then if you get a copy and read it, comeback and tell us what you thought. We’d love the feedback.