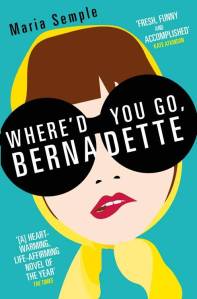 There’s a lot to be said for the quirkiness of the residents of Seattle, hey look at Frasier Crane.  Lets not forget that in real life Jimi Hendrix was born there.  It might also have something to do with the amount of coffee they consume, thanks to it being the birthplace of Starbucks. Add to that, each year they have an annual No Pants Light Rail Ride day, where they are encouraged to take off trousers and skirts and show off their underwear on the daily commute, and we thought mum’s doing the school run in their  PJ’s was OTT.

Seattle is also home to one of the largest IT hubs outside of Silicon Valley, being where the Amazon and Microsoft Head Quarters are situated. The MS facility alone has something in the region of 40,000 staff working there, spread over 17 buildings on a campus covering 500 acres, so much so it needs its on private bus network called the Microsft Connector to enable it’s staff to get to and from work. Its on board these buses and this campus as well as the Seattle environs that most of this months book take place, its Where’d You Go Bernadette by Maria Semple (www.mariasemple.com), published by Little Brown & Company (www.littlebrown.com) in 2012.

Now, I like my humour witty – quick, incisive and accurately honed to the unexpected target. And I like my satire served with an undertone of viciousness.

Maria Semple’s  humour (she wrote for “Arrested Development”) is very much in the tradition of farce: slapstick, ‘wacky’ and laid on thick.  Her satire relies on over-the-top rants and exaggerated caricature that have as much bite as a soggy cracker.

So I HATED this book! I could – and probably should – stop there. But I feel the need to explain this extreme reaction. Actually, that’s not true. The real reason is that, having read the book, I want to have a good rant to get it out of my system!

When we first meet the book’s protagonist, Bernadette, she’s living the life of a semi-recluse with her daughter and husband in an almost derelict house on an overgrown lot in Seattle. An architect by profession, Bernadette has forsaken work to devote herself to her daughter, Bee, who was born with a heart defect. Bee is now fifteen, a straight-A student and more than capable of looking after herself. She has to. Bernadette, poor pet, is incapable of doing anything. For 75c/hr she has outsourced virtually all every-day activity to an Indian online personal assistant, to whom she gives personal and family information, including banking details. Bernadette’s husband is a Microsoft ‘guru’ – a level 8 corporate VP – with a commensurate large salary. Her daughter is “a pure delight. Her love of learning is infectious, as are her kindness and good humour”. Both of them love Bernadette dearly.

So Bernadette’s life is hell.  She has to put up with ordinary people.  She even has to interact with some of them. She disparagingly refers to other mothers at Bee’s private school as ‘gnats’ and treats them accordingly – swotting them out of her way. One of the main reasons Bernadette doesn’t like leaving the house is “because I might find myself face-to-face with a Canadian………..to Canadians everyone is equal ………..The thing Canadians don’t understand is that some people are extraordinary and should be treated as such”. Other reasons for Bernadette not leaving the house include infuriating 5-way street junctions, having to wait at traffic lights, having to step over “runaways, drug addicts and bums” on the way to shop in Nordstrum. What an imposition! How dare they BE there!

Bernadette is, of course, a genius. (We know this because she’s won a genius prize!!). And her genius is being suffocated in the mediocre, social-climbing, Microsoft shallows of rain-sodden Seattle.

What’s my problem? This is a fantastic set up for brilliant biting satire! And it could be. Except that Semple wants us to IDENTIFY with Bernadette!! To empathise with the trials and tribulations she endures by having to stoop to doing anything mundane – like living a life. We’re expected to applaud Bernadette’s oh-so-superior dismissal of the pretentiousness of the ‘gnats’, her ridicule of her husband’s granola-eating, bicycle-riding lifestyle, her disparaging of Microsoft, the people of Seattle and – well, everything.

Now, don’t get me wrong here. I enjoy ridicule of middle class pretentiousness, social climbing and the ‘dairy-free, gluten-free, whatever-comes-into-my-head-free’ attention seekers. Some of Semple’s pithy lines even generated a smile or two. But derision of these traits is so much a part of the ‘look-how-smart-and-different-I-am’ supercilious pretentiousness of the exact same social-climbing middle class that it packs as much satirical punch as a dairy-free wheatgrass smoothie does taste.

There is a point about halfway through the book where Bernadette’s long-suffering husband gets so alarmed and pissed-off by her behaviour that he arranges to have her committed to a psychiatric institution (or ‘loony bin’ as Bernadette herself describes it).  It’s then that Bernadette disappears. What a pity! The ‘I-am-so-exceptional-that-it’s-the-world’s-responsibility-to-do-what-I-want’ Bernadette in a loony bin? Now THAT would have been worth reading.

But, no, Bernadette evades her persecutors, travels to the Antarctic and ‘finds herself’ in a project to build a station at the South Pole – a place she particularly likes because she could put her hand “on the South Pole marker and declare that the world literally revolved around me”. Bee and her much-derided husband, Elgie, track her down and they all live happily ever after. Time for me to reach for the sick-bag.

OK, rant over. I, unlike Bernadette, must return to the real world where not everyone shares my tastes or opinions. And in this instance, very few do. Even in my own bookclub I was in a small minority. Most thoroughly enjoyed it. Hilarious, entertaining, clever, quirky and touching were some of the adjectives they used to describe it.  A scan through Goodreads reviews (and there are lots of them) shows an abundance of four and five-star ratings with only a small sprinkling of one-stars from cranks like myself. Not for the first time, I have to acknowledge that my funny bone is in a different place to many others. If you enjoy “Arrested Development” – and I understand that quite a lot of people do – you will likely also enjoy this book. So go for it!

But I retain a small personal fantasy. At the same time as Bernadette escapes to the

Antarctic, avoiding committal to the looney bin, Semple’s writing style changes. Up to Bernadette’s disappearance the plot-line is presented at a fast ‘rat-at-tat’ pace in the form of emails, notes and texts. After her disappearance it changes abruptly to a descriptive presentation of Bee & Elgie’s sleuthing.  The tone also shifts from ranting diatribe to warm-fuzzy emotion.  Even those in my bookclub who thoroughly enjoyed the book found this unexpected shift disconcerting – and liked the first part considerably better than the second.

So, my fantasy. Could it possibly be that Semple wrote the first half with the intention of putting Bernadette in the loony bin, but did an abrupt swerve to avoid alienating a large swathe of her target market?

Total fantasy, I’m afraid. Semple is a pro. She cut her teeth as an LA comedy writer in the ‘90s and noughties. As well as Arrested Development, she also wrote for the other highly successful comedies Ellen, and Mad about you and for Saturday Night Live.  Her writing resonates with a large audience. Where’d You Go Berenadette  is her second book her first was This Ones Mine published in 2008, while her third novel, another comedy also set in Seattle called Today Will Be Different, has just been published.

Bernadette was a year on the New York Times Bestseller List and a feature film – rumoured to star Cate Blanchett as Bernadette – is in the pipeline. No stars for guessing that I’m unlikely to be heading to see the movie. Unless… (fantasy alert)…. there’s a change of script … Bernadette ends up in the loony bin… Please!!