We’ve come a long way over the past couple of millennium in the area of cartography and navigation. From the days when sailors navigated the globe using charts, sextants and the stars to modern ordinance survey maps and our present day use of GPS and Sat. Nav’s in our cars and phones. In 2005 the next step arrived in the form of Google maps “street view”, as a result of their funny looking vehicles which travel the planet photographing every inch of road around us. Thanks to this development, you can now see what your destination looks like or even visit somewhere totally random such as Springfield Illinois, Tel A Viv or San Francisco from the comfort of your own home and take a virtual drive around the area. This may sound a bit sad, but I must admit I’ve whiled away a lunch hour now and again doing it. This activity is the premise for Linwood Barclay’s thriller “Trust Your Eyes”, published in 2012

The book tells the story Thomas Kilbride who suffers from psychiatric problems. As a result he lives with his dad and spends all day every day in his room travelling the globe memorizing the streets of every city on the planet via “Whirl360” a fictional version of Google maps street view. When his father dies in an apparent accident on his ride on mower, Thomas’s brother Ray, a talented freelance illustrator for newspapers and websites returns home to attend to his father’s affairs.  He realises how bad his younger brother’s problems are when he discovers Thomas thinks he’s getting instructions from ex President Bill Clinton to work on a “Black-Ops” mission for the CIA, so much so that he’s started emailing updates to a random CIA email, which results in a visit from the “Fed’s”. Then one day while on a virtual trip down a street in New York Thomas thinks the “Whirl360” car has caught the image of a murder taking place in an apartment block.

Ray is reluctant at first to believe it, but when the image suddenly disappears from the web 24 hours later, Ray is forced to go into New York and find the apartment. He discovers that it’s empty since the occupants left unexpectedly a couple of months previously, but that someone is still paying the rent. His interest in the apartment brings him to the attention of an ex-cop who’s a fixer for the campaign manager of the district attorney for the state of New York as well as a failed Olympic gymnast turned hit woman.  So can Ray and Thomas find proof that the camera never lies and find and why someone wants it to.

For me Barclay, a former columnist with the Toronto daily Star, has 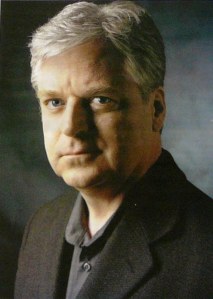 a hit and miss record regarding his previous five stand alone books which don’t feature the science fiction writer turned P.I. Zack Walker. I read “No Time For Goodbye” which was a real page turner and a bestseller. His third stand alone thriller “Fear the Worst” was also a taught page turner, but his second one “Too Close To Home”, had me losing interest and putting it down after the first 50 pages. Also, the blurb on the backs of his fourth and fifth books, “Never Look Away” and “The Accident”, didn’t grab me and gave me the inclination that they were just retreads of a well worn route.

While the whole premise of “Trust Your Eyes”, had me chomping at the bit and really fired my imagination as to where it would take the reader, being both bang up to date and a plot that hasn’t been used as a storyline in print, film or TV yet. I was a little let down, mainly because the skill Thomas has – being able to memorize the maps of whole cities – is used in the last quarter of the book when there were plenty of other opportunities and plot devices which could have had him using this unique trait  to better effect.  Also there’s a child abuse storyline which meanders in and out of the book, for no real reason only to end up being a distraction. As to the revelation of how their father died on the last page, again I didn’t really care, because it too comes across as a something missed in the editing process.

The Two main characters were believable, while a budding romance between Ray and Julie, a girl he went to school with limps along with her character. This too in the end seems to serve very little purpose. The use of a failed Olympian as hit woman is something I liked. God if they turned this into a movie maybe they’d give her Oscar Pistorious type blades. She could become a spin-off character, only for the slight problem that Barclay kills her off. Although that never stopped producers before as the words “inspired by the characters…” can reincarnate any stone cold character.

So if you‘re looking to for an original technically inspired novel .This book will do the job, just try not to get lost in the numerous other loose and confusing stories running through it. Personally I hope they adapt it for film and develop the story a bit.