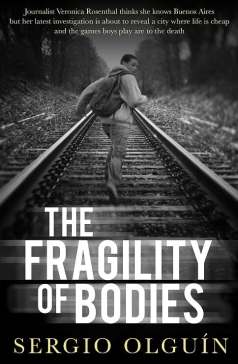 The adage goes about regular gamblers, ‘that they’d bet on two flies walking up a wall…”. Years ago, betting shops where the only way to place a bet, primarily on horses and dogs. Also back then, they were predominantly a male preserve. Dark and seedy places, that gave off a totally uninviting image. Nowadays, you can watch live races while drinking freshly made coffee and, owing to the removal of the boards which covered the windows of their predecessors, they are now light and airy places that want to entice customers of any age or sex.

However, with the development of the internet and social media, the modern betting shop is on the decline and the ability to gamble is easier today than at any time in the past. But despite this there is still a dark side to gambling where, shady back street bookies and fronts for criminal organizations can launder dirty money while taking bets on any manner of weird activity. Although your perception of weird and mine may differ, but if you have the money, there will always be someone willing to bet against you on any activity you maybe watching or engaged in. Whether it be, dog fighting, hare coursing, a cockerel fight or people playing chicken with a moving vehicle.

The final example is the premise for this months second book review, it’s the Fragility Of Bodies by Segio Olguin, published by Bitter Lemon press on the 11th July 2019 (www.bitterlemonpress.com).

Veronica Rosenthal is a young Argentinian journalist with a leading weekly magazine in Buenos Aires. She decides to follow up what seem likes a straight forward crime piece on a train driver who has committed suicide, leaving a note saying he was sorry for the deaths of the four boys. What she initially thinks is the confession of a serial killer, leads her to investigate the unusually high number of suicides on the Buenos Aires railway network, which seem to all involve young boys. Talking to colleagues of the driver who committed suicide, she discovers that at the time of the incidents, there are reports of witnesses to the apparent suicides. Her investigation awakens her promiscuous streak and she starts up a relationship with the married friend and colleague of the driver, who has also been involved in a number of these supposed suicides. As things progress it turns out there is some sort of weird game being played here that the underworld is gambling on. Her investigation in turn brings her into direct conflict with the games organizers and this has implications for both her, her family and the families of the boys involved. Can Veronica stay one step ahead of the criminal gangs organizing this sordid game of chicken and in doing so complete her expose and save other boys from being needlessly killed and break the criminal network involved?

The first thing that gets you about this book, is that its lead character is not shy, especially in the bedroom department. Veronica Rosenthal has the morals of a tom cat and would give 007 a run for his money in the womanizing/man eating stakes. In this book alone, Veronica beds more than one man, including a priest…  So, she comes across as more of a nymphomaniac than a crusading journalist. Yes, I like my characters to be complicated and to have busy lives or interesting hobbies, but at times her insatiable sexual appetite ends up being more of a distraction.

As for the main plotline this is a refreshing and totally believable storyline, People have been playing the dangerous game of chicken on railway lines for years. Figures from Network Rail in the UK for 2016 showed there were 8000 reported incidents of people on the tracks. Of that 555 were children and half of those killed on train tracks were under 25 years of age.

That this book is also set in a country with great divides of wealth and poverty and where the criminal fraternity thrive with their brothels and underground gambling dens, which allow punters to gamble freely on any sort of activity, while also praying on the weak and needy (in the book the participants are paid 20 Pesos for taking part and 100 pesos if they win). The Fragility Of Bodies is a page turner that had me intrigued from the first to the three hundredth and eightieth page, but again at times I did think it was a bit long.

Of the characters, Veronica and the two boys she ends up  trying to save are the only 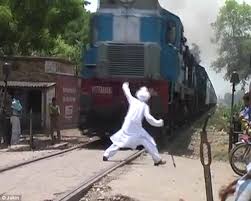 interesting ones. The criminal and gangland figures are stereotypical and after that, there are many others who only serve to complicate and overcrowd an already busy storyline.

This is Argentinian author Sergio Olguin’s (@olguinserg)  first novel to be translated into English. He’s a successful writer in Argentina where his previous books have already been translated into German, Italian and French. In Argentina, he’s also a scriptwriter and editor of cultural publications. The Fragility Of Bodies is the first of a crime trilogy featuring the journalist Veronica Rosenthal.

So, if you are looking for fresh new story and heroine, set in the overcrowded and warm streets of the Argentinian capital, then you could do no wrong by getting in with Veronica Rosenthal. Then afterwards await the next installment of this series.

This book is part of a Random Things Blog Tour. To see what the other reviewers thought, visit their sites listed  below and then after you’ve read the book, comeback and tell us what you thought. We’d love to hear your feedback.