nd has always been seen as an island of saints and scholars and, under the latter you’ll find writers, although not all writers are scholars. Among the many great writers who cut their literary teeth and honed their trade on everything from the Book of Kells to  The Sea, The Sea, were women.  Every year a brace of new female writers  try to emulate the successes of their predecessors like Maeve Binchy, Kate O’Brien and Iris Murdoch. One such hopeful is the author of this months book, its The Priveliged by Emily Hourican published  in April 2016 by Hachette Ireland (www.hachettebooksireland.ie).

My timing was never great and I moved to Dublin just as the boom ended and the recession began. In Hourican’s debut novel , her trio of women are just that, growing up in an affluent Dublin of the early naughties. Amanda, Stella and Laura all attend a private girl’s school but in other respects couldn’t be more different in their upbringing and backgrounds. Amanda is the beautiful, indulged popular girl, her parents riding the crest of the boom. Stella is the hardworking daughter of aspirational middle class parents and Laura has a more bohemian background as an artist’s daughter. Mallory towers this ain’t though. We are plunged into a world with few restrictions,  casual sex and drugs of every type. This is Amanda’s world and Stella and Laura are drawn into it, initially as detached observers eager to enjoy the benefits of her privileged lifestyle and later as friends, seemingly powerless to prevent Amanda’s decline into degradation.

In my opinion, this novel raised some interesting questions on celebrity, friendship and loyalty. As a working class girl, who grew up on a Nottingham council estate and attended a comprehensive, I at first found it difficult to empathise or to be interested in the characters but as they developed I became more invested in them. It was an interesting choice to use three female characters. I felt between the three you almost got one balanced individual; Stella’s drive and sense, Laura’s generosity and Amanda’s kindness would combine nicely!

This is probably the last time period in which the youthful years of the girls could be set. Now nothing would be private and the story could have been told in a series of ill advised snapchats. I did feel the mechanisms of drug addiction were a little simplified in relation to the story. Stella and Laura managed to avoid addiction despite partaking willing and frequently in various substances. Is it only those with underlying issues who become addicted? I doubt it. However, this was a story about a girl who seemed superficially to have it all and who squandered it. Redemption comes in the form of her friends and there’s hope for a happy ending for all.

The characters were well drawn and we saw the good and bad in everyone. I felt like I was suspending belief in some of the scenarios around the D4 upbringing as I have no experience to compare it with it but assumed Emily was writing a little from her own experience. However, I see from the blurb that she grew up in Belgium so perhaps my confidence in her accuracy is misplaced! 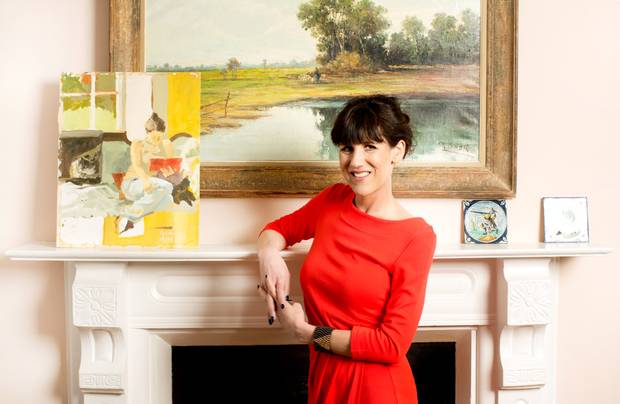 This is Irish author Emily Hourican’s (www.emilyhourican.com) first work of fiction, her first book a memoir titled How to (Really) Be A Mother was published in 2013. It documented  how she stopped faking it as a mother and learned to become her own version of the real thing. She’s more well known in Ireland as a journalist with the Sunday Independent newspaper as well as the editor of various consumer and trade publications over the years. She recently came to prominence when she wrote a “No Holds Barred“column in the Sunday Independent chronicling her battle with an unusual form of viral mouth cancer.

I’d recommend this book for a summer read to my female friends. If you enjoy Heat and Hello magazine and  a bit of voyeurism into the lives of the privileged, this story is right up your street. Mine is probably more Corrie!