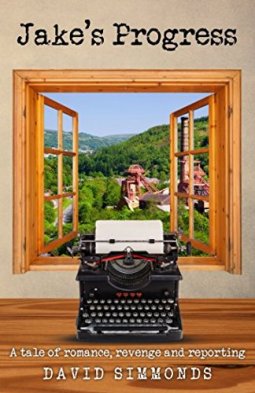 As of 2018 there were 71 countries on the Global Peace Index, generated annually by the Institute for Economics & Peace, who are seen as being peaceful. The United Kingdom ranks near the lower end of that number, being seen as moderately peaceful, Wales would be higher up the 71 if it weren’t lumped in with England.

The Welsh aren’t really known for being a very aggressive race. Who could have any really beef with a people who really just sing very well, eat leeks like they are going out of fashion and whose main export after coal has been great actors, singers and a footballer?  There have been calls for independence from England in the past. This political ideology has mainly been proffered by the small Welsh Nationalist parties, Plaid Cymru and Yes Cymru. This month’s first book review and blog tour follows a young English journalist as he takes his first steps into a career in journalism in a small Welsh newspaper. The book is Jake’s Progress by David Simmonds published by Bethannie Books in 2018.

Jake Nash has left behind his home in London and his deteriorating relationship with Amanda his girlfriend, to take up a job as a trainee journalist with a small group of newspapers in the valleys of south Wales. His first story, a human-interest piece on a local homeless man, gets him noticed by more than just his work colleagues. He is then sent a press release inviting him to witness a so-called military exercise by a local half-baked Welsh Independence faction, which ends up damaging the local main rail link to Cardiff. Before long, he finds himself in the middle of an attempted kidnapping and unknowingly at the centre of an assassination attempt by a local deranged priest , which threatens the life of his ex-girlfriend.

At a little over 230 pages, barely the width of a proud Welsh leek, this is a short book. But if there’s one thing that springs to mind when reading this book, its that if James Herriot had been a journalist instead of a vet , this is the book he would have written.

With that, you get the sense that this is the start of Herriot-esque romp through the welsh valleys seen through the eyes of a young English hack, doing for Wales and its weird and wonderful characters, what the a fore mentioned Scottish vet did for Yorkshire and its animal lovers.

The book is an interesting read for anyone studying journalism who wants to get a feel for how life was, far removed from the bright lights of London and the ways of the alcohol fueled lives of the Fleet Street scribes. Even thought alcohol plays a part in the day to day lives of the Welsh journalists on the local paper, you do really get the feel that life has a more sedate pace down among the collieries and valleys of south Wales. You also have to consider the book is set in the late sixties, a million light years from the digitally driven  24/7 news we get shoveled into us these days. 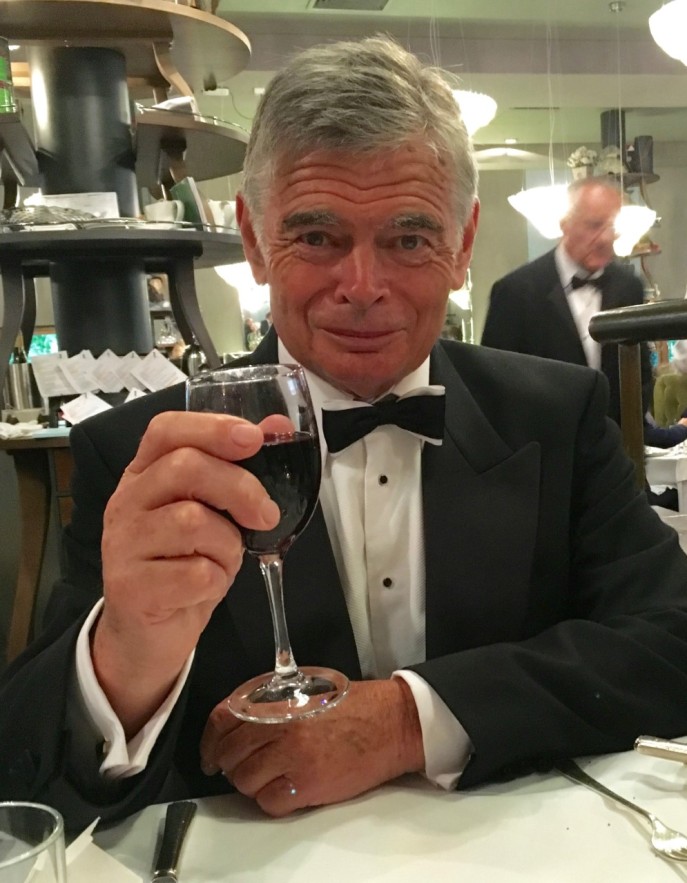 As for the characters, they do come to life from the pages and I could really get the Welsh accent from Simmonds writing. Again, I get the feeling we haven’t really got to know them as well as we would in a stand-alone story, hence the feeling that this is the start of a series. If so, then I’ll definitely look forward to the others. Especially when you consider there is a developing romance between Jake and his colleague called Lotte, which would have been brought to some sort of conclusion if it were a one off story.

This English author David Simmonds first book. After leaving school he considered becoming a teacher , studying at the University of North Wales. He lasted six weeks then went to north America for a year before returning home to train as a journalist on local newspapers in south Wales, before working for most of his life as a reporter for BBC Wales. He now lives in Penarth, just outside Cardiff with his wife and their irascible cat “Mrs Grumpy”. When not running around after his three grandsons he can be found rowing the local river Taff.

Is the book as funny as it claims on the outside? Its humorous as well as an easy and enjoyable read. No, it’s not as laugh out loud funny as ‘All Creatures Great and Small’, but animals and their owners will always provide better material. So, if you are looking for a light and darkly comical journey through life of a young journalist in nineteen sixties Wales, download a copy or order it from your local bookshop.

This book is part of a Random Things Blog Tour, to see what the other reviewers thought of it see poster below and go visit their sites. Then if you pick up a copy of the book, comeback and tell us what you thought after you’ve read it. We’d really appreciate the feed back.