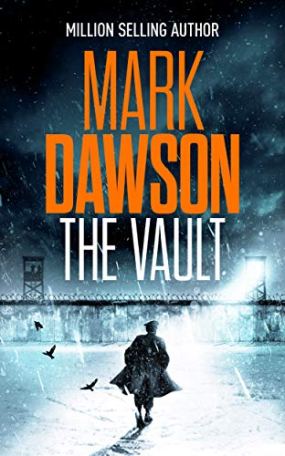 I was only reading yesterday about the plight of American author Jeanine Cummins, whose new book American Dirt has been nominated as an Oprah’s Book Club choice. As a result, it has brought her to the attention of far right ill-educated armchair activists, who threatened to disrupt a proposed American book tour and thus forced its cancellation. Because they say the author is “Too White” to be able to write a book about south American emigrants trying to get into the United States. In a tweet to Jeanine, I gave her my support and pointed that out if these bigots had put any thought into their arguments they’d realise some of the most successful writers have very little experience of their subject matter and stated that Lee Child was never a military policeman and that Hannah Kent is Australian, but that it never stopped her from writing a successful book on an old Icelandic murder and followed it up with a book on an Irish murder, both decades old. Did the Irish and Icelandic diaspora rise up in arms and protest, no!

So, what is these people’s point? The same can be said of this month’s second book review (Yes! Second and February is only two day’s old), I don’t think the author was ever in East Berlin prior to the fall of the wall .Or I’m assuming, had any dealings with the Stazi, not forgetting killing anyone, for that matter. Yet they have written a book set there and featuring the Stazi, along with British intelligence and trained government assassins. The book is, The Vault ,by Mark Dawson . It was self-published on the 31st January and is available on Amazon.

Its 1989 and MI6 agent Harry Mackintosh and his team have tunneled under the Berlin wall to extract an asset back to the West, but just as they are about to take their man back down the tunnel the rendezvous is interrupted by unit of the dreaded East German secret police, the Stazi.  They are led by its ruthless leader, Karl Heinz-Sommer, who guns down Harry’s French girlfriend Elodie, along with other members of his extraction team. In doing so they also capture the defector. Harry himself just about manages escape back down the tunnel to West Berlin. Back in London, he’s grieving the loss of Elodie and hungry to exact revenge on Stomer ,whilst possibly taking a second chance to get his hands on the defector, if he’s still alive. Mackintosh’s team are depleted and when he asks for replacements, instead of trained soldiers, he gets Jimmy Walker a bank robber from Belfast, whose been given a stark choice of either a long stretch in prison or to help British intelligence on a mission behind the Iron Curtain. The plan is to get into Stomer’s HQ and rescue the defector, but the plans reveal a mythical vault containing, stolen Jewish gold and other valuable pieces of information, which catch Walker’s trained eye. Can the two men overcome their differences to work together and get out of east Germany alive….?

I’ve never met Mark Dawson, but it feels like I’ve known him for years, having been a Facebook friend for a while now, regularly receiving posts on my feed regarding reading his books. But just finding the time to get around to reading them has been the biggest problem, so when the invite to review The Vault popped into my inbox a couple of weeks ago, I jumped at the opportunity. Was I disappointed? No!

The book maybe be small in size at 275 pages in length, but in those pages is a story that packs a punch, that could’ve dented the wall if it was still standing. What you get from the first page to the last is a story from an author that realizes that if you strip away all the padding found in most modern spy fiction novels, you can still give the reader an enjoyable and gripping read and leave them excitedly wanting to read more his work.

This book could be a one sitting read and highlights the fact that Dawson is not a new kid on the block but has quietly slipped under the radar, all due to being self published and making his work immediately available online. He’s a writer who has been inspired by the greats like Le Carre, Forsythe and Fleming and well and truly taken the baton and brought their style and dominance of this genre into the modern era.

Yes, the characters are stock in trade and the story-line of an Ex-Provo crossing the line to work for the Intelligence services on large international threats isn’t new. But in Mark’s hands the characters and the story are melded together so well, the reader feels introduced to a truly original and exciting premise along with fresh, gritty and well-drawn heroes and villains.

This is English author Mark Dawson’s (www.markjdawson.com) 38th book, most of them self-published. He’s successfully written four series of books about government assassins, The John Milton series, The Beatrix Rose Series and The Isabella Rose Series along with the Group Fifteen series. He’s also written the Soho Noir series of books about gangland London in the 1940’s and three standalone thrillers of which The Vault will now become his fourth. Mark has led a varied career prior to becoming an award-winning, USA Today and Amazon bestselling author. He was a DJ, has sold Icecream door to door, trained as a lawyer,when he worked on high profile cases in the city of London. Nowadays when not writing, Mark can be found regularly vlogging to his fan-base online. I also discovered through research that he’s got a famous father, the late British actor Keith Barron, best known for his roles on the likes of the sitcom “Duty Free” and “Upstairs Downstairs”. Mark currently lives in Wiltshire with his wife and family.

Now that that I’ve read The Vault, I want to immediately add Dawson’s other series in particular the Milton and Breatrix, Isabella Rose series as well as Group 15 to my TBR list. So, I suggest like me you go and order this book online or download it and its predecessors and lock them away for safe keeping and gradually break into the back catalogue of one of the best kept secrets in spy thriller genre in ages. Who knows, when the contract to write the next installments of the James bond series come up, I don’t see why Dawson shouldn’t be a safe bet for the job.

This review is part of a Random Things Blog Tour, to see what the other reviewers thought of the book visit their blogs listed below. Then, if get a copy of the book and read it, come back and tell us what you thought, we’d love the feedback.