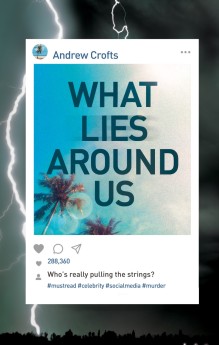 There are numerous types of ghosts, such as your everyday run of the mill apparitions or the noisy Poltergeists who go around unseen making loud banging noises as if they are blindfolded and keep bumping into the furniture. Then there are the famous ghosts such as Peter Lerangis, Andrew Neiderman, H.P. Lovecraft, Raymond Benson and Andrew Crofts. You’re probably wonder where they haunt and how come you’ve never heard of these so-called famous phantoms. That’s because they are ghost-writers and thus very few of their works are even credited to them. These are the unsung heroes who turn other aspiring writers and celebrities’ ramblings into tightly woven best sellers.

The last name I mentioned; Andrew Crofts, is an internationally acclaimed ghost-writer who was even referenced in Robert Harris’s 2007 book The Ghost. This month’s second book review is one of Andrew’s own books, it’s called What Lies Around Us and is published by Red Door Publishing (www.reddoorpublishing.co.uk) on the 13th June.

When ghost-writer Andrew Crofts is contacted by dot com billionaire Roger Rex to ghost write a book for Hollywood actress Jo-Jo Win, he is bowled over. Firstly, with the money on offer to complete the project and by the numerous legal hoops that Roger’s Lawyers have him jump through before he can start.  When he heads to California to meet the books subject and research her life, he is immersed in a world of cutting-edge social media, politics and Hollywood celebrities. But as he starts getting to know his subject, he finds himself at the centre of a much bigger power struggle where not even he, his family or friends, have any idea whose really in charge. Can he get the book completed and published without jeopardizing his marriage, family life and his own good name?

My first impressions are that this was like fifty shades without the sex, its full of beautiful people driving Tesla’s and top brand cars, whilst also swanning themselves, and their entourages, around in private jets and helicopters, bedecked from head to toe in leading branded clothing. Also, the similarity to the aforementioned Robert Harris book is very close. The only difference is that the ghost-writers subject isn’t an ex-Prime Minister but an actress.

Overall, I was rather disappointed by the book, there is a whiff of tension running through the whole two hundred pages of this novella, but in the end it falls off a cliff and you are left with a rather limp ending. The only  two real high points namely a high-school shooting in which Jo-Jo’s husband is killed and then Jo-Jo climbing into Andrews bed following the shooting .This then gets leaked to the world via Roger Rex’s social media and just when you think this might have repercussions for Andrew’s marriage, it doesn’t. 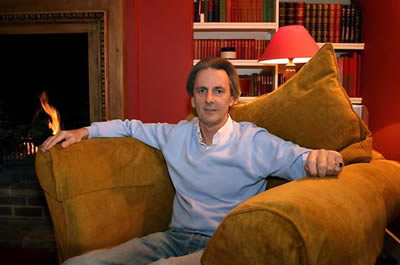 What Lies Around Us is really a guide to how Ghost-writers work and the effect social media and the new dot com millionaires will have on the publishing and political world. You never really get absorbed into the book and most of the time I felt like a casual passer-by.

Another reason for the books failing to hold my attention, could be down to its size, I’m surprised a world-renowned ghost-writer is limiting themselves to novellas and could not deliver a more absorbing and nail-biting thriller with the addition of another hundred to a hundred and fifty pages. This is akin to a someone like Bradley Wiggins or Chris Boardman building a bike then neglecting to put any air in the tyres. Yes, it will go but not very well.

This is English Author and Ghost-writer Andrew Crofts (www.andrewcrofts.com)  fifth work of fiction under his

own name, the others include Secrets Of The Italian Gardner (2013), Pretty Little Packages (2015), The Fabulous Dreams Of Maggie De Beer (2011) and The Over Night Fame Of Steffi McBride (2008). He’s also written non-fiction under his own name, quite a few of them self-help books on self-publishing, freelancing, finding an agent for your book and ghost-writing. He’s written and ghosted over eighty books for other people most of which he can’t talk about due to confidentiality clauses and Non-Disclosure Agreements.

Overall the book reads easily, but if you want get a better understanding of the life of a ghost-writer, from the pen of one of the world’s leading literary guns for hire, then I would suggest you visit Andrews website or read his book Confessions of a Ghost-writer (2014). Otherwise for a more fulfilling thriller set around the world of ghost-writing I recommend you get Robert Harris’s book or go watch the Roman Polanski  film adaptation starring Pierce Brosnan and Ewan McGregor.

This book review is part of a Random Things Blog Tour, to see what the other reviewers though visit their pages listed below. Then, if you get a copy, comeback and tell us what you thought. We’d very much appreciate the feedback and also why not follow our pages to see what other books we’ve read and will review in the future. 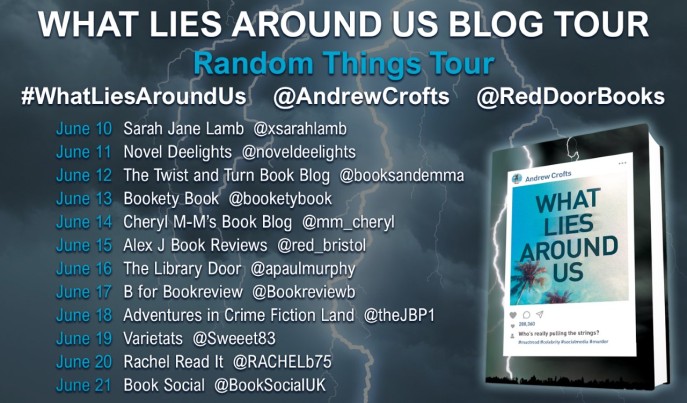