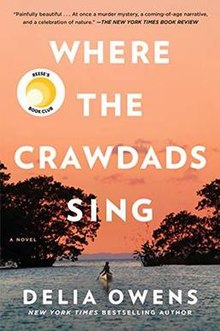 It’s hard to believe, considering what we are living through now, how ironic this month’s book group choice has been. I don’t think that eight to  ten weeks ago, my friend David, whose book choice it was, could have imagined that we’d  have been enduring a lockdown when reading it and that isolation was a thing we’d be now getting accustomed to both in reality as well as in the pages of this book. This month’s book review is Where The Crawdads Sing by Delia Owens and was published by Corsair (www.littlebrown.co.uk) in 2019.

Katherine “Kya” Clark is the youngest of five children and lives on the coastal marshes of North Carolina in 1952. When her mum walks out on her brood to escape an abusive marriage, Kya’s siblings gradually one by one follow suit leaving her to fend for herself while her drunken war-damaged father comes and goes, but eventually he fails to return too. Kya leads a solitary life in her formative years with just the native animals and sea birds of the wetlands for company, along with the books her mother left behind as a sketchy education. In the local town of Barclay Cove she’s known as “The Marsh Girl” and her only real friend is an old black bait and fuel merchant called “Jumpin”. That is until she meets Tate, the son of a Barclay Cove fisherman.

Tate takes it upon himself to teach Kya to read and write and over time her relationship with Tate develops into a loving and physical one, until he leaves to go to college. Heartbroken and alone again in the marshes, Kya has grown into a beautiful young woman by now and catches the attention of Barclay Cove young buck and womaniser Chase Andrews, who despite coming across as caring, is actually using her and in the end attempts to sexually assault her. Then one day in 1969, his body is found at the foot of a local fire tower in the marshes. With the circumstantial evidence pointing to Kya, she is eventually arrested and her solitary life and the Barclays Cove resident’s prejudice against her comes to a head in the local court. Despite her growing notoriety as a leading writer and authority on the wildlife of the marshes, can Kya and her few friends, prove her innocence against overwhelming evidence, will she ever be reunited with her mother or siblings and what of her first love Tate…? 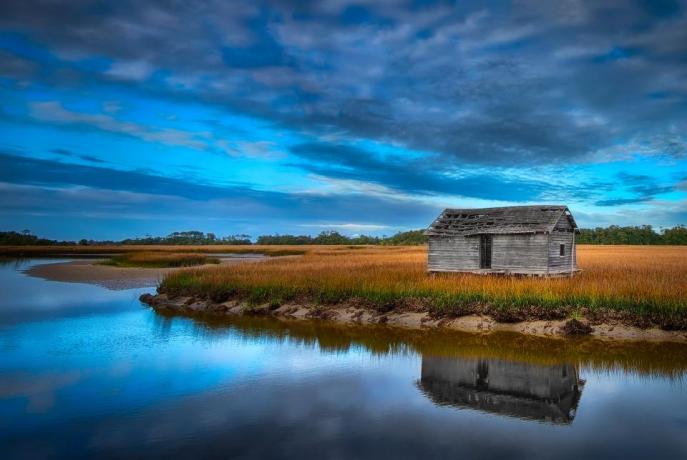 It’s been a while since I have been so emotionally riven by a book. Maybe it’s the underlying stress and worry that we are all going through during the lockdown imposed on us, as we try to deal with the current pandemic, but most afternoons when reading this alluring and heartfelt book by Owens, I found myself sobbing uncontrollably, now that’s not a pretty sight for a 49 year old man!

From the opening pages, the reader finds themselves moving between a murder mystery and a lovely story of one girl’s struggles to adapt to the loneliness, as well as the isolation and overcome the abandonment by everyone of her immediate family. But eventually, like watching a crash in slow motion, both stories collide and continue as one until the ending where Owens brilliant story telling ability continues to shock and hold your attention in a vice like grip, until you close the back cover and are left exhausted and overwhelmed.

There is nothing in this book that can be faulted, only to stand amazed that this is a debut novel and not the work of a skilled and seasoned novelist. Every character is drawn beautifully and the vivid descriptions of the North Carolina wetlands are so real that one can all but hear the cries of the birds and smell the sea salt on the wind. My first thought and still abiding memory is that it had a Disneyesque feel to it and there were parallels between it and the likes of Huckleberry Finn and Little House On The Prairie.

This is American author Delia Owens (www.deliaowens.com) first novel, but her fourth 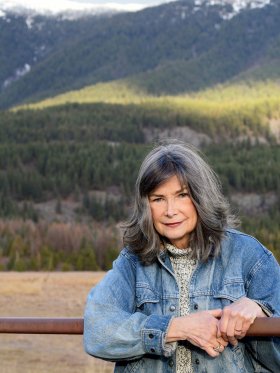 book following her previous works of non-fiction recounting her and her husband Mark’s lives as Zoologists, studying Lions , Hyenas and Elephants in Botswana and Zambia for 27 years. the other titles include , Cry of The Kalahari (1992), The Eye Of The Elephant (1993) and Secrets of the Savanna (2006). Born in Georgia, her mother encouraged her interest in wildlife by telling her to “Go way out yonder where the crawdads sing”, this and the memories gained during her youth, when her family spent most of their summers in the forests of North Carolina, is the inspiration for her first novel. She has since won numerous awards, along with many accolades for the couple’s research work. Delia and Mark now live in Idaho where she’s a keen horse rider. The rights to “Where The Crawdads Sing” have been purchased by Reece Witherspoon’s production company following its selection on her own book group in 2018.

So If you only read one book over this lockdown and want to escape the daily grim stories of death, then I whole heartedly recommend Where The Crawdads Sing. So pop online and order your copy or download the audiobook and lazily drift through the wetlands with Kya and Owens.