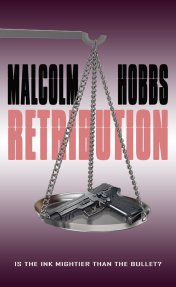 Italy is famous for many things, great wine, good food, fast cars, football, as the seat of Catholicism, for great fashion and more recently for being over run by African immigrants. We should also not forget its notoriety for crime, in particular mafia related crime. That brings us on to this months book, “Retribution” by Malcolm Hobbs – sent to us by the lovely people at Percy Publishing (www.percy-publishing.com).

Naples, Italy 1969. Two men are gunned down by the Camorra, the city’s organised crime gang.  One, a candidate for the Communist Party, is about to set up a newspaper to expose corrupt politicians who do the Camorra’s bidding. The second, a detective with the Naples Police Department, has just uncovered the identity of a mole who is passing vital police information to the Camorra. Both assassinated men have 14 year-old daughters – only children who adore their fathers and vow to avenge their murders.

The book opens with Rosetta, the daughter of the communist politician, at a meeting presided over by her mother’s father – a crime-boss, head of one of one of the city’s powerful Camorra families.  Steeped in the Camorra tradition, Rosetta is looking for blood – the revenge killing of those who murdered her father. When we first meet Teresa, the detective’s daughter, she is in the Palace of Justice. Her plan is to study law, become a Prosecuting Magistrate and bring her father’s murderers to justice. At this stage of the book – page 30 – I settled down for a good read. This was an interesting set-up.  A thriller that sets vigilantism versus the law, criminal recrimination versus justice. In the gritty underworld of Neapolitan crime and punishment, which would win out?

It proved to be a set-up, alright – but not the type I’d imagined.

My enthusiasm began to wane when, co-incidentally, both girls are sent to the same private school in the Lake District of England (where else do Neapolitan girls go to school?).  Over the next 150 pages they become best friends, Rosetta terrorizes the school bullies, one of their gang is raped by a teacher and Rosetta sets up the teacher’s murder in Hong Kong (as sixteen-year -old girls do!).

The plot (?) then abruptly shifts to a just-married Rosetta – married to the son of a millionaire, of course. To make a long (and tedious) story short: her husband is gunned down, Rosetta murders his killer, goes to prison, uses her Camorra connections to run the place and get released, establishes herself as a Madrina (god-mother), inherits her dead husband’s millions, sets up an internationally successful fashion-designer business and avenges her father’s murder. Meanwhile, Teresa is working in dusty, dingy law offices and has no life beyond her work.

Credibility score – zero. But the coherence factor was the most disconcerting.  Suffice it to say that the narrative was about as coherent as you would get from randomly changing TV channel at half-hour intervals.

What became obvious very early on was that this book wasn’t written for the ordinary thriller reader. No, this book was written for a unique type of reader – the reader who can produce a film or TV series contract from his/her back pocket. But what film could that be? St Trinians meets the Godfather? The Devil meets Prada in Prisoner Cell Block H? 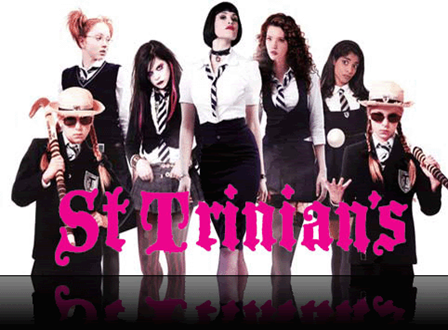 Writing without regard for the general reader is one thing. But to treat the reader as a chump is another. The sucker-punch came at the very end. Having persevered out of a sense of bemused curiosity – how will all these half-developed plots come together? How does it all finish up? I was hit between the eyes with “To be continued”!!!

This book is a set-up – a set-up for the sequel.

My verdict? Dorothy Parker’s widely reputed quip “This is not a book to lightly thrown aside. It should be thrown with great force” immediately comes to mind. Ideally thrown at the author – with such accuracy that it causes significant pain.

“Retribution” is the debut novel of Malcolm Hobbs, the chap who 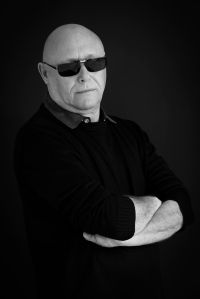 has generated my ire and, guess what? the Percy Publishing  site now indicates that  his next book “Don’t Make An Enemy Of Me” is COMING SOON!!

Malcolm’s brief biog indicates that he has experience as a welfare officer and magazine editor and candidly acknowledges that his “own employment was a very far cry from the corruption and malice that I write about”.  Well, sorry Malcolm. There is a reason why every source of advice to would-be authors emphasizes the “write about what you know” rule. It’s because that’s what works. The “what-I-imagine-will-make-me-loadsa-money” approach doesn’t.