What do Italy, The Lord Of The Flies, The Blair Witch Project and some dodgy translation have to do with this month’s book review? A lot as it happens, and I’m not just referring to the plot. Well not all of it anyway.

“I’m Not Scared” is Niccolo Ammanati’s third book to be translated, published in 2001 it was made into an Italian film in 2003. His previous books include “Branchie” and “Fango”, which were also made into films.

“I’m Not Scared”, tells the story of Michele a 9-year-old boy growing up in a one-dog hamlet in southern Italy. On a hot summers day he and his friends stumble upon a dilapidated old house into which Michele is forced to enter as a forfeit for having come last in an earlier game. Inside he discovers a boy held captive in a hole. Unsure who he can tell, he keeps the secret to himself and strikes up a mono syllabic friendship; while returning to feed the captive and also discover the identity of the captors. At least one member of the village is involved, the local Yob. Are some of his own family involved too and what part does the stranger from the north who comes to stay in his house and sleep his room play in this?

The others in the book group thought it was great and likened it to Golding’s “ The Lord Of the Flies”. I had to protest, as I’d read that book in school and there was no comparison. The Lord of The Flies had thrilled me from beginning to end, especially the climax – The dramatic pursuit of Ralph across the island by Jack and his tribe, often left me breathless. While “I’m Not Scared” left me wondering why they bothered to translate it all.

“Sucks you in like the Blair Witch Project”, it screamed at me from the cover. That movie was scary the first time round, after discovering it was a work of fiction I haven’t watched it since. This book is a complete work of fiction from the start and no matter how many times I read it I could get more engrossed in an empty Chianti bottle.

So you get the feeling I didn’t like Ammaniti’s offering. Okay, so the 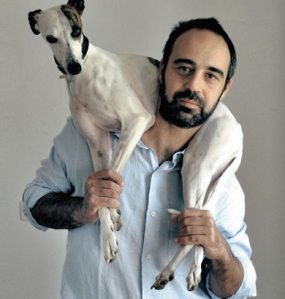 childish narrative and speech, especially the dialogue between Michele and his sister, were quirky and spot on. But references to Scotch tape, and other very English and un-Italian like products. Helped the translation stick out as being obviously done by someone with more experience of Bangers and Mash then Cabonara.

The book did bring back memories of an idyllic week I spent in Tuscany a couple of years ago, but that’s about all.