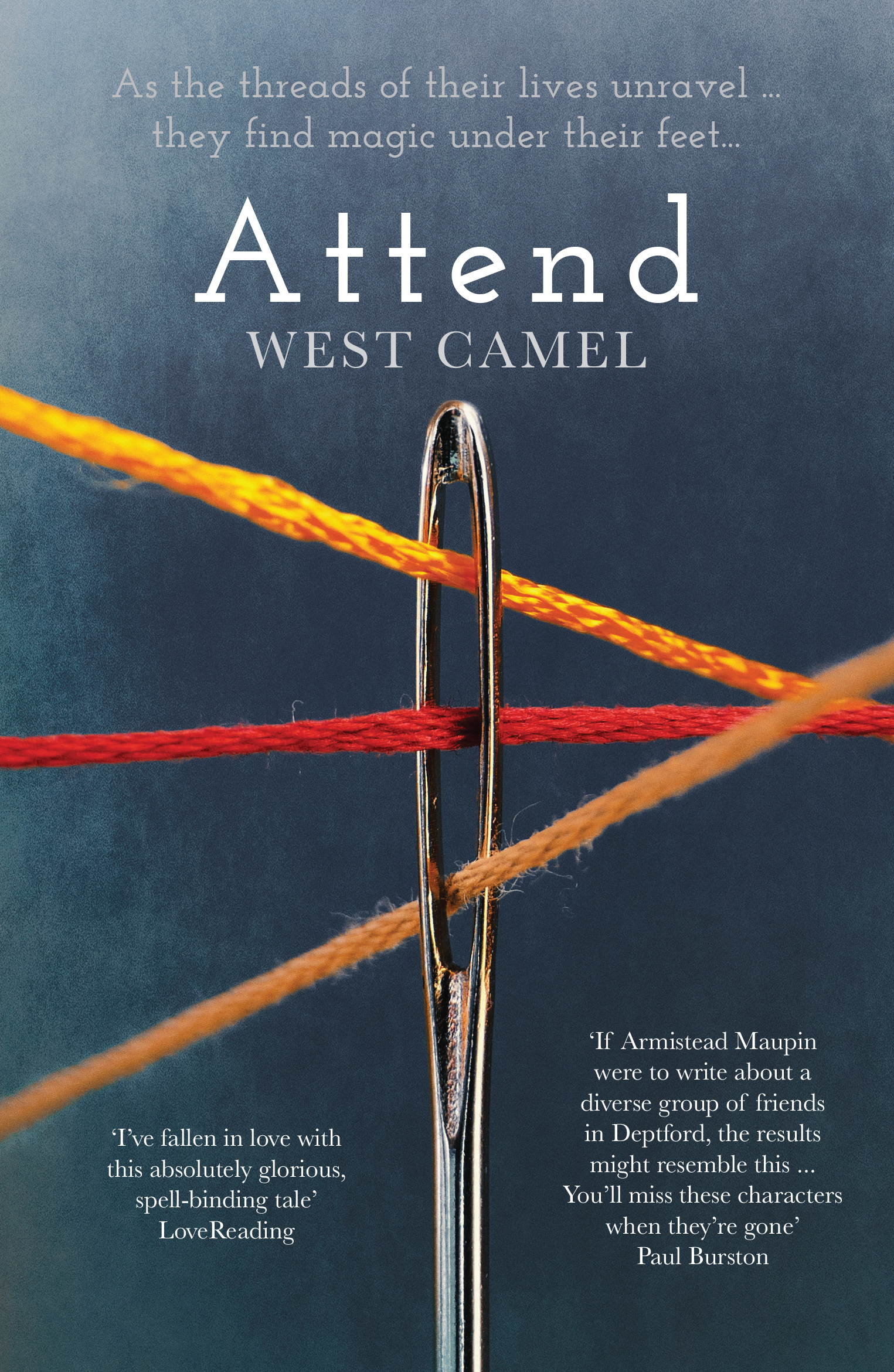 Every year millions are spent around the world by people trying to stall the march of time and retain their youthful looks. According to an article on Marie Claire online last year, British people spend on average £4,400  per year on beauty products. Its all well and good staying young like Dorian Gray, but what about living forever? Yes, our own mortality is still one of the biggest taboo subjects  but eventually death comes to us all.  With the advances in medical science, we are all living longer, thus putting a strain on the planets resources and those of the individual countries we live in, pensions, health care etc. Eternal life is one of the main topics in this month’s book review and blog tour. Its ‘Attend’, by  West Camel which is published by Orenda Books (www.orendabooks.co.uk) on the 13th December.

Anne is an ex drug addict whose been away for a couple of years rehabilitating. She returns to her home town of Deptford, in the southeast of London and is starting to rebuild her life and relationships with her family and friends, whose own lives have moved on in her absence. Things are complicated by her ex sister in law whose been diagnosed with terminal cancer asking her to get some “gear” so she can take her own life.

Sam is a young chap from the North of England who’s moved to London to follow his heart and find love in the city’s gay community. He starts a relationship with a small time East End gangster, called Derek after witnessing him beating up a local drug dealer in a back street. Derek is a mate of Mel, Anne’s ex husband.

They both separately meet Deborah an old woman and ex-seamstress who lives in a small ramshackle house on the banks of the river Thames, with no power or running water and who survives by sewing, sailing her boat up and down the river and fishing in the Thames. She’s basically an “Off-Gridder” in the middle of one of the world ‘s largest cities. In her own unique way, she helps both Anne and Sam start to turn their lives around. Things come to ahead when Anne witnesses her sister in law buy drugs off the local dealer, the same guy Sam witnessed Derek beating up and she subsequently takes her life. Which sets Derek and Mel on the war path for him. But Deborah’s got a bigger secret that she finally reveals to Sam and Anne. She’s well over a hundred years old and can’t die due to a strange motif she’s been sewing on pieces of cloth for years. Now she wants their help to die. Can Anne and Sam stop her ex and his lover from going to prison and also help Deborah, finally rest in peace?

Everything about this book is weird, from the title, to the authors name (which sounds made up but appears to be genuinely his) to the story within the covers. Its hard to describe it but basically it comes across as The Picture of Dorian Gray meets Eastenders and City of Angels. As for the title, at almost three quarters of the way through the book the word ‘attend’ is mentioned once. You never really get an inkling as to what or who we’re  supposed to attend to… 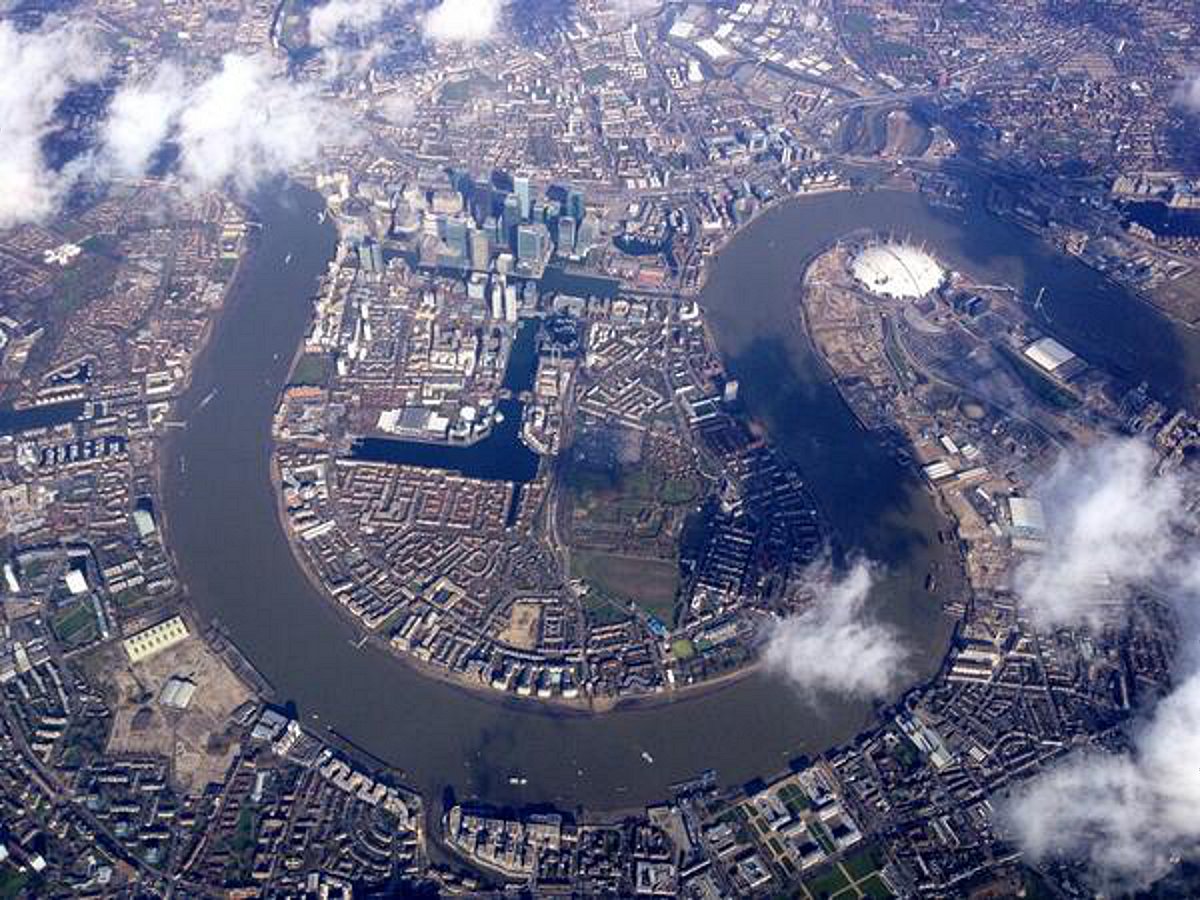 The story unfolds like a modern-day soap opera, set in London and you are at every turning page expecting to hear the Duh, Duh, Duh drumbeat of the cliffhanger ending to an episode. However, it is hard to see where its going and what type of story it is. Also the little voice in my head kept trying to impersonate Phil Mitchell and Pat Butcher when reading dialogue. Well out of order!

The book doesn’t come across as a love story, or a mystery.  Neither is it an attempt at some sort of modern fairytale. It was a bit of stretch to try find a moral message about assisted suicides and mortality within the pages.

Initially I thought that Deborah was an angel, as the only people who seem to see her are Anne and Sam. She seems to pass unnoticed by every other single member of public.  With the time of year that it is, it was quite apt and the only thing missing is the sound of a church bell tolling and some kid saying the immortal line, “Every time a bell rings an angel gets its wings..”

This is British author West Camel’s (www.westcamel.net) first novel. He is currently an 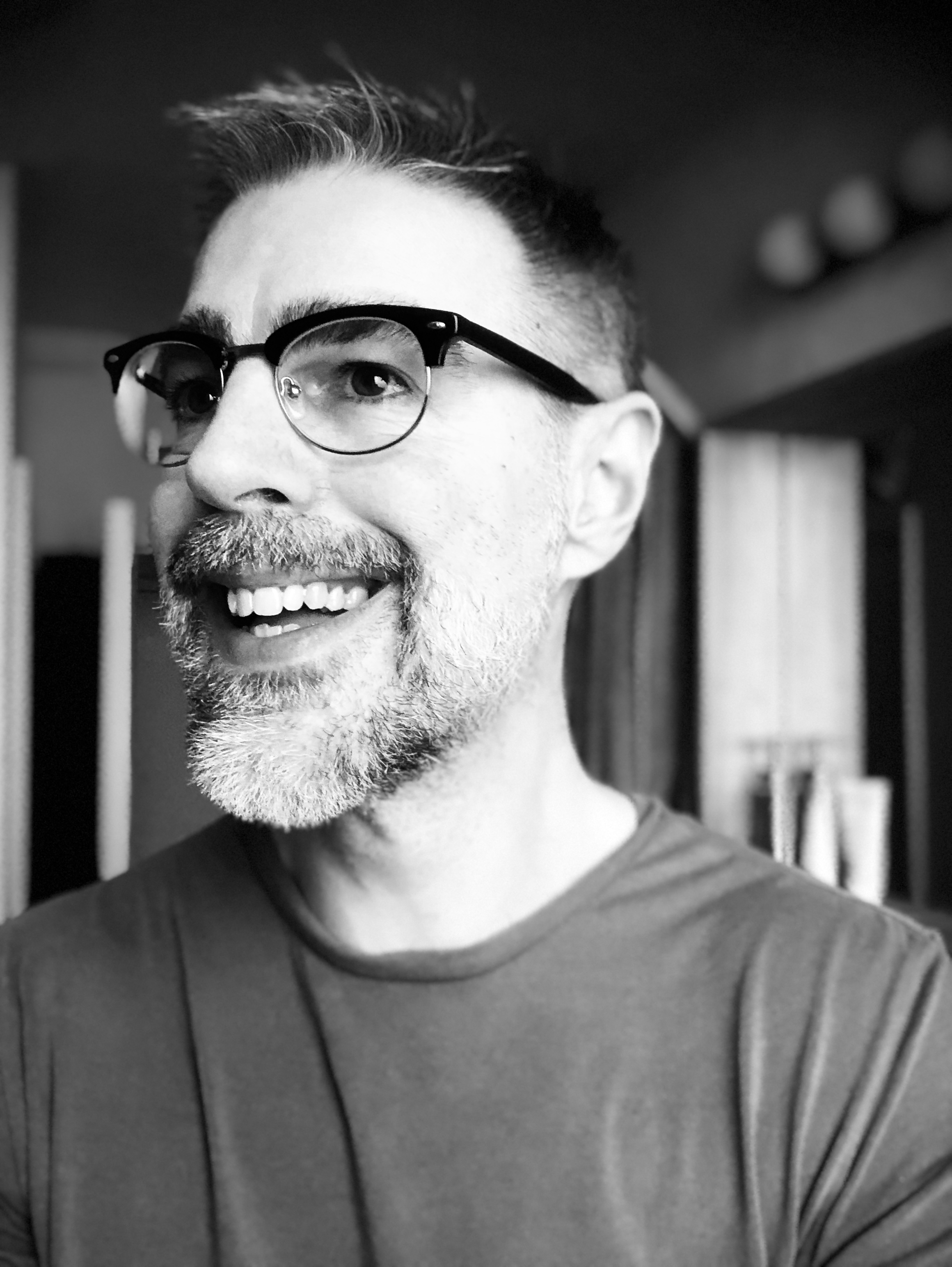 editor with Orenda books and The European Literature Networks Riveter magazine, along with writing for various arts organisations plus ghostwriting a new adult novel. Before that, he was an editor with the Dalkey Archive Press, which is based just up the road from me, here in South County Dublin. He has also written several short scripts which have been produced in various theatres on London’s fringe network.

Did I like this novel, Yes’ish… I didn’t hate it. It was readable, but it wasn’t what you’d call a “one session read”. The characters are stereo-typical, bar Deborah who is like-able, if at times she has a sort of Mary Poppins-esque vibe about her. Considering she’s quite a few stops past a decade on this planet, I was amazed she was still nimble enough to be able to sail a boat single-handedly. So if you are up for a safe middle of the road modern story, then download a copy or get one in your local book shop and maybe you can find some deeper meaning to this story.

To see what the other bloggers thought visit their websites below.

Happy Christmas from all of us at The Library Door 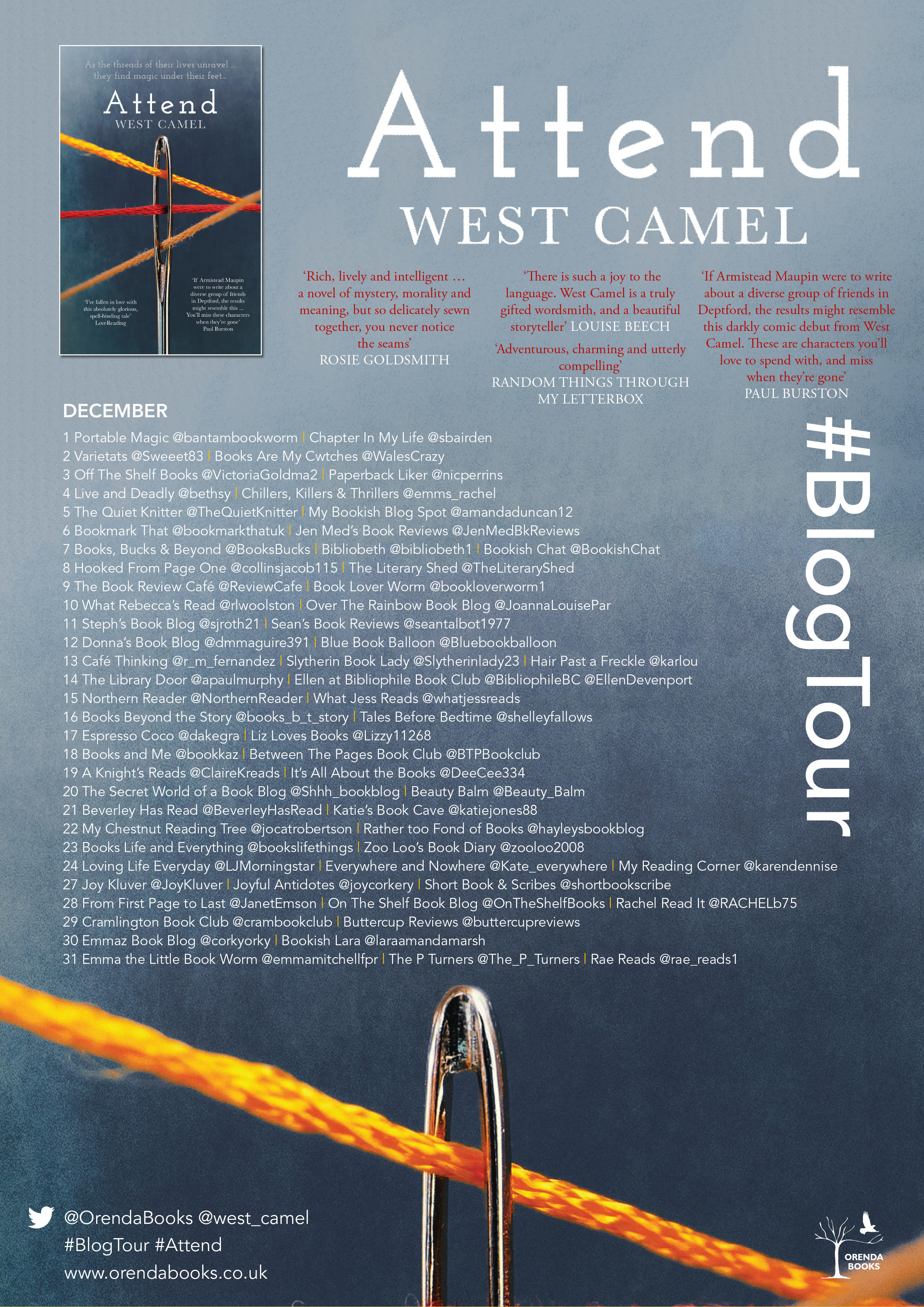