It’s almost a week since some of us roasted chestnuts on an open fire and possibly a good while since Jack Frost nipped at our nose (it was a very mild Christmas Day here on the East Coast of Ireland). In life as well as in literature criminals or especially serial killers get fancy monikers, while plain old Jack Frost and the like are the heroes, as in ITV’s detective drama starring the very wonderful David Jason. Although The Chestnut Man is a new one on me in the evil villainous names department. He’s the mysterious killer in this months second and last review and blog tour of 2018.  It’s The Chestnut Man by Søren Sveistrup and published by Michael Joseph, part of Penguin  (www.penguin.co.uk/company/publishers/michael-joseph.html) on the 10th January.

One Tuesday in October, the Danish Social Affairs Minister Rosa Hartung returns to her job after a leave of absence, following the abduction of her daughter who was never found, despite a suspect being arrested and convicted but unwilling to disclose the child’s fate. On the same day, police in Copenhagen discover the body of a young woman in a playground, one hand has been severed and a chestnut figure is found near the body. Young Detective Naia Thulin and her partner Mark Hess a detective recently dismissed from Europol, are assigned to the case. Soon they find evidence connecting the chestnut man to the Rosa Hartung’s disappeared daughter. Shortly afterwards when another woman’s body is discovered, this time with both hands severed and another chestnut figure nearby, the two detectives realize they are racing against the clock to catch a serial killer before the city becomes totally paralysed by fear and he completes his twisted agenda…

I have a confession. I missed the furore surrounding ‘The Killing’, the Bafta and Emmy award winning series created by Dane, Søren Sviestrup. The thriller captured the imagination and shredded the nerves of fans worldwide. It also started a trend for Faroe Isle knitwear- I’m not so sorry I missed that.  It wasn’t the subtitles which deterred me, I have enjoyed many of the ‘Walter Presents’ international offerings on Channel 4 but I hate missing the beginning of a story and unless I watch BBC4 shows when they are aired I cannot catch up with them or watch them ‘on demand’ with Sky here in Ireland.

My friends will tell you that I’m the same with a series of books featuring the same characters, I have to start at the start and stay in order. In that way I was delighted to be in at the beginning of the Thulin and Hess story reading The Chestnut Man, Sviestrup’s debut novel. I predict (and hope) for many more cases to come. 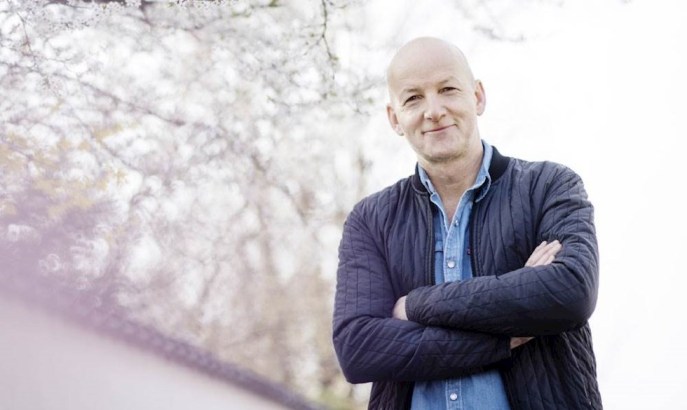 I love a good murder mystery. Weaned on Agatha Christie, I moved onto Ruth Rendell and PD James at an early age and still return to those old favourites when the urge arises. I loved their ingenuity, the twists, turns and red herrings. I prefer to not know the identity of the killer at the start but to be led through a maze of clues, misdirection and revelations to a satisfying conclusion. This book ticked all  my boxes. Two flawed and realistic detectives, newly paired. A ‘cold case’, a serial killer with a disturbing signature and a tension filled climax.

This is a meaty book at 500 pages but I couldn’t wait to pick it up each day. This was my equivalent of a binge watch. I could easily see it being made into a television series. Some the writing is very much a screenplay. You can almost hear the movements of the actors being directed. There are no long descriptive passages regarding scenery or inner thoughts, unless they are pertinent to the narrative. This is very much plot driven. Saying that I enjoyed the characters.

The book introduces us to a typical sleuthing pairing in Naia Thulin, a detective in the murder squad, looking to advance her career and Hess sent back to the police department after some infraction at Europol . Hess is at first disinterested in the new case, just biding his time until he can return to his real life. but he soon is drawn headlong in. As for the minister Rosa Hartung and her husband, their presence suggests there is political machinations at play. The book is populated with a plethora of smaller characters who all have a role to play, even if its only to help us learn a little more about the main characters and maybe send us off tack.

This is Danish scriptwriter Søren Sviestrop’s first book, but he is best known for his highly acclaimed TV crime drama The Killing, which won various international awards and sold in more than a hundred countries. More recently, Sveistrup wrote the screenplay for Jo Nesbø’s The Snowman. He obtained a master’s in literature and in History from the University of Copenhagen and studied at the Danish Film School. He has also won countless prizes, including an Emmy for Nikolaj and Julie and a BAFTA for The Killing

Like the Killing, In The Chestnut Man there is a mix of police work and politics. There is a

dig at bureaucracy and paper pushing in relation to those who fall through the cracks and left without support. The violence is graphic. The tension builds. I’ve always been particularly terrified by those movies and dramas where the victim enters their home and the bad guy is already there hiding so this book gave me a couple of anxious moments, but for a thriller that can only be a plus!

I thoroughly enjoyed this book and so will you. I suggest you  pre-order a copy at your local bookshop or download one post haste. Meanwhile I await a sequel with anticipation and the odd glance over my shoulder into the darkening house, while nibbling  on a roasted chestnut…

This review  is part of a Blog Tour, to see what the other reviewers thought see their sites below and visit them. If you agree or disagree with their reviews after reading the book, let us know.

From all of us at The Library Door, I’d like to say thank you for visiting the site over the past year and following us both here and on twitter (@apaulmurphy) and wish you all a very happy New Year.